Why You Should Avoid Wheat 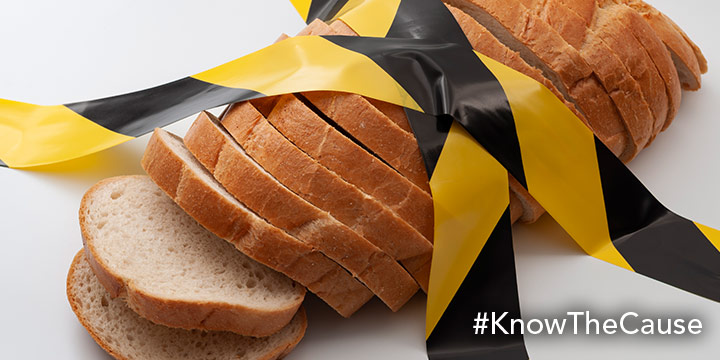 Many people avoid wheat because of gluten, but that might not be the best reason to avoid wheat altogether.

Truth be told, many people have been trying to avoid wheat for a long time, likely out of fear of gluten. Gluten is a protein found in wheat, and many people are allergic to it; those with a a confirmed gluten are known to have celiac disease. Many others suspect that they are gluten sensitive or gluten intolerant.

It has been known for years that gluten is mildly inflammatory, which for many people only reinforces the idea that we should be avoiding wheat altogether. Whether you have celiac disease or not, knowing that chronic inflammation is behind so many serious diseases (like cancer, heart disease, and diabetes) should likely make us all think twice about consuming wheat.

What is it about wheat that is so inflammatory though? Is it really just the gluten that is the problem?

Other research into wheat has revealed that it is often contaminated with mold poisons, called mycotoxins. Because of the way wheat is stored, it is susceptible to different types of mold and fungi infestation. These organisms often produce poisons which ultimately contaminate foods like wheat. And while some of these poisons are screened for by regulatory agencies, many are not, and no screening process is perfect. If you are consuming wheat, it is likely you are getting consistent, low doses of these poisons in your diet on a daily basis.

These poisons are known to wreak havoc on human health; in fact, many are linked to the very serious aforementioned diseases, particularly cancer. Certainly, chronic low doses of these poisons might be responsible for inflaming human tissues. But if you are not looking for them, it would certainly appear as if gluten were the culprit. When gluten and wheat are eliminated, however, the exposures to these poisons that have hitched a ride on your bread or in your pasta is eliminated.

This may not be the only way giving up wheat protects against fungi, either. Wheat is often used in tandem with bakers yeast to make the dough used to make bread “rise”, giving bread products their texture. This yeast constitutes another source of exposure to fungi, which is also generally eliminated when wheat is excluded.

When people give up wheat, ostensibly only ridding their diet of gluten, many feel better or experience relief from health problems. Likely, they are eliminating some of the primary sources of mycotoxin exposure in their diet too––a key feature of The Kaufmann Diet. The Kaufmann Diet eliminates wheat, but goes further to eliminate other sources of mycotoxin exposure, including corn, soy, sugar, other grains, peanuts, pistachios, and alcohol.

While eliminating wheat might be a good first step in regaining your health, it is likely an incomplete measure when it comes to eliminating any risk posed by mycotoxins in the diet. If you have benefited from a gluten free diet, it may be time to give The Kaufmann Diet a try to see if you might experience an even greater elevation of your health. If after 4-6 weeks on the diet you feel better than you have in years, you might realize the extent to which fungi had been affecting your health all along.

PrevPreviousThe Risk of Mycotoxins
NextWhy You Should Use Avocado OilNext