Watch Out For These Common Food Additives 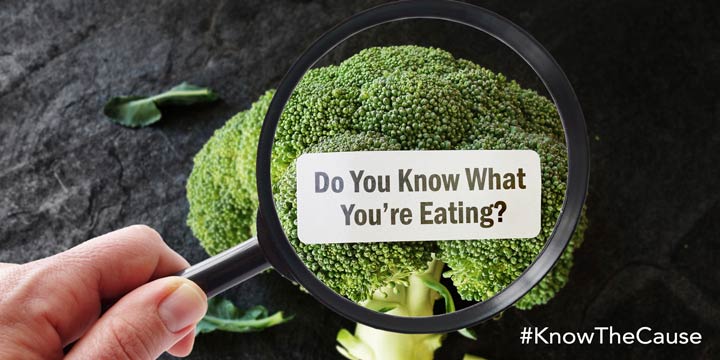 We live in a time and a place that we often take having an abundance of fresh food for granted; but throughout history and in other parts of the world, this is not necessarily the case. Even in ancient times, when there was an abundance of fresh food, people were always at risk for their food going bad. To mitigate this, people have been perfecting the art of preserving food for millennia.

People in ancient times would often use salt to preserve food, which is one of the many reasons salt was so valuable, and often used as currency. Other techniques used by ancient cultures included drying food, pickling food, and fermenting food. These techniques were developed so that people could store food beyond just a few days, ensuring a steady supply of nourishment.

Fast forward, and the advent of modern refrigeration leapt us much further ahead in the ability to preserve our food.

Still, many purveyors sought to make food last even longer, have a longer shelf life, and in some cases, virtually never spoil. This led a wide variety of chemicals being used to keep food from spoiling, allowing for further transport, more time spent on a shelf, and in some cases, eliminating the need for refrigeration.

Here is a list of 6 to avoid and foods you might find them in that are on the Kaufmann Diet:

BHA/BHT
These two preservatives are sometimes found in frozen sausages and chewing gum. These are used to prevent color change, rancidity, and flavor change. These are linked to neurological problems and are likely carcinogenic.

Propyl Paraben
Propyl paraben is an endocrine (hormone) disruptor that has been linked to infertility in women and breast cancer. It is also suspected to lower sperm count. It can be found in some kinds of tortilla and bread products, but also in some dairy and meat products. Other names it goes under: propyl p-hydroxybenzoate, propyl, parahydroxybenzoate, nipasol, E216

Sodium Benzoate
This common preservative is used in sauerkraut and hot sauces, but it has been linked to hyperactivity. Sometimes, it goes under the names benzoic acid, benzoate, or potassium benzoate.

Sodium Nitrite/Nitrate
This common additive is often found in bacon, hot dogs, lunch meats, smoked meats, and other types of cured meats. It keeps meat a bright red color. Attempts have been made to ban this additive, all of which have been fought by the meat industry, despite the fact that these have been linked to damaged liver, pancreas, and is carcinogenic.

Sodium Sulfite
This preservative can be found in dried fruit. It has been linked to headaches, breathing problems and rashes. It might also be complicit in causing asthma.

Sulfur Dioxide
This preservative can be found in some dried fruits and has been linked to asthma, and hypotension. It is considered toxic and is prohibited in the United States for use in raw fruits and vegetables. It is linked to bronchial problems and anaphylactic shock. It also destroys vitamins B1 and E.