Can Fungus Cause Sleep Disorders? 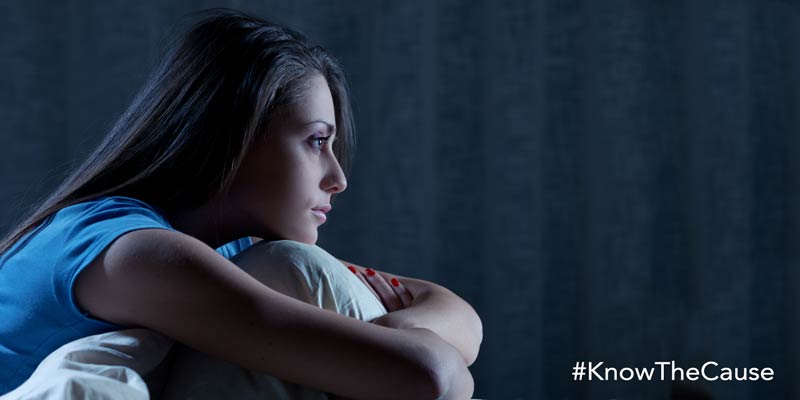 Cats Are Not Insomniacs…

Apart and aside from the hundreds of anecdotal testimonials that I’ve received throughout the years telling me that the anti-fungal program I developed enabled better, deeper and much more restful sleep, very little scientific data exists to point the finger directly at fungus as the cause of insomnia. But that which does exist is powerful and needs to be brought into focus.

One such powerful article, completed in 1989, was an amazing scientific article, published in the medical journal, Neuroscience (1989;32(3):669-83). The study dealt with inducing or causing severe lack of sleep.

Scientists were trying to identify areas of a cat’s brain that had to do with insomnia. They injected a chemical called ibotenic acid directly into the front of the hypothalamus, in hopes of converting normal feline sleepers into abnormal feline insomniacs.

Interestingly, the chemical caused some small sores to develop in that area of the cats’ brains. The study concluded that specific brain geography (anterior hypothalamus) and the lesions did, indeed, cause severe insomnia in the cats.

They had done it!

Danger lies in observing the effect and believing it was the cause.

Such, I believe, is the case here. Imagine the joy that these 6 doctors experienced upon completing this research paper! Not only had they pinpointed the exact brain tissue to inject, but the injection also created tiny lesions, and those sores had somehow made these eight cats insomniacs!

Do you see where I’m headed?

In fact, the “effect” was actually the lesions that the injection provoked. The “cause”, however, was the ibotenic acid injection; the cause was actually fungal in origin! Ibotenic acid is a mycotoxin produced by the Amanita mushroom. Scientists call ibotenic acid a “brain lesioning agent” because of its neurotoxicity.

It was the ibotenic acid that induced the insomnia! Fungus (Amanita mushrooms) make mycotoxins (ibotenic acid) and some are neurotoxic, as is the case here. The effect of the mycotoxins being injected was severe insomnia. So now, let’s rewrite the headline:

Perhaps not to the well trained scientist, but what this headline now tells me is that fungus (mycotoxins are nonexistent without fungus) causes me to lay awake in bed night after night.

You or someone you love has likely had insomnia.

It is likely they have unsuccessfully tried medications that marketers promise will make butterflies land on their windowsills. And even if this works for them, the side effect list seems endless. All they want to do is sleep!

Here is a partial list of side effects of one of the best selling sleep medications: Walking, eating, driving or engaging in other activities while asleep without remembering it the next day have been reported. Other abnormal behaviors include aggressiveness, agitation, hallucinations and confusion. In depressed patients, worsening of depression including risk of suicide may occur. These risks may increase if you drink alcohol. Severe allergic reactions such as swelling of the tongue and throat occur rarely and may be fatal.

With side effects like these, I don’t blame you for wanting to further investigate the cause of your insomnia. Talk to your doctor about using natural alternatives first and see if those work for you.

One is called, Invigorest. Look it up online, but please know that I have a conflict of interest in telling you about this product, because the company that makes it available to you is a beloved advertiser of mine.

Another combination that may work for you is L-Tryptophan and its co-nutrient, pyridoxine, or Vitamin B6. Of course, amino acids are anti-fungal, so this may explain why natural products might work so well to induce relaxation.

But based on the opening research in this article, a changed diet might be just what the doctor needed to order.

While working clinically through the years with so many open-minded doctors (it took them about 4-6 months of working with me and seeing incredible results to become open minded), we discovered together that evening exercise for 15-25 minutes and a diet that excluded grains, alcohols and sugars often contributed to a nights sleep like they had never remembered having.

Yes, fungus can cause insomnia and it should surprise none of us that so many of these fungal poisons can affect the nervous systems. Is it any wonder that so many Americans run from cardiologist to cardiologist hoping to find one that knows the cause of their irregular heartbeats? Some recommend a glass of alcohol before bed. Do they even know that alcohol is the neurotoxic mycotoxin of Brewer’s Yeast? It may well help for 3 or 4 nights, until the mycotoxins impregnate the brain. Then, instead of the solution, alcohol becomes the problem, unbeknownst to anyone.

Please exercise caution when being handed any medication that purports to fix what ails you. Tell your doctor that you want to exhaust safer means of falling asleep initially, but you’d be open to using medications if absolutely warranted.

Know that there are 661,400 American physicians, but don’t be surprised if yours doesn’t know about the fungus link to insomnia; he/she is not alone. There must be 17 or 18 physicians that would know this information. If insurance companies reimbursed counting sheep, you absolutely know that it would become the most popular and most prescribed sleep aid in the world!

Think fungus, but give it a good 60-day trial before making the final decision.