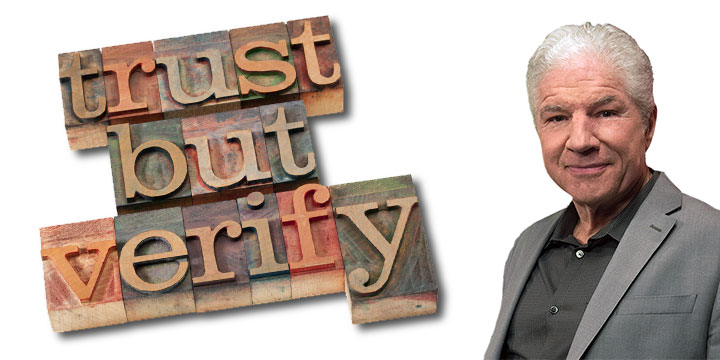 It’s Time to Trust, But Always Verify In Every Medical Setting

Washington- A Vivitrol ad prompted a warning to drug maker Alkermes that it failed to disclose the product’s most serious risks (1).

Vivitrol is an extended-release injection formulation of naltrexone and is one of three approved drugs used to treat opioid use disorder. “While the print advertisement contains claims and representations about the drug’s benefits, it fails to adequately communicate important warnings and precautions listed in the product labeling, including vulnerability to opioid overdose, a potentially fatal risk,” the agency said Wednesday.  TRUST BUT VERIFY.

A former New York University School of Medicine, Langone Medical Center psychiatry researcher faked clinical data for research with federally funded grants worth millions of dollars, according to the US Office of Research Integrity (ORI)(2).

In studies of anorexia, depression, and posttraumatic stress disorder (PTSD), Alexander Neumeister, MD, “misrepresented the characteristics of the subjects entered in the research” using tactics such as “combining data from multiple subjects to represent single subjects to justify financial payments” and “changing and/or instructing his staff to change, omit, or ignore clinical and psychiatric assessment data contained in the electronic and/or written research records,” the federal watchdog said.  TRUST BUT VERIFY.

According to an article in the L.A. Times (3), Dr. George Tyndall, a gynecologist accused of sexual misconduct toward hundreds of USC students, was arrested Wednesday and charged with committing more than two dozen felonies at the campus clinic where he practiced for decades. Detectives from the elite Robbery-Homicide Division presented the district attorney’s office with evidence about the alleged sexual abuse of 145 former patients for potential prosecution. Dist. Atty. Jackie Lacey said at a news conference Wednesday afternoon that her office was still reviewing cases and that more charges were likely. TRUST BUT VERIFY.

Please know that we are a very trusting people and as such we become vulnerable to very questionable data and sometimes even questionable doctors in medical settings.  The onus is NEVER on them and ALWAYS on us to trust but verify!