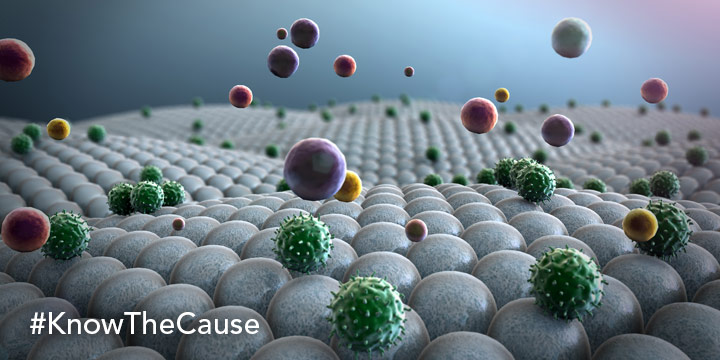 For 45 years I have read that the single most predisposing factor for fungal infections was the status of our immune systems; after all, sadly, AIDS patients died of fungal diseases and they all had impaired immunity. It makes sense! In the early days of the AIDS epidemic, Pneumocystis pneumonia (PCP) a serious infection caused by the fungus Pneumocystis jirovecii (formerly Pneumocystis carinii), which was thought to be a protozoal infection, turned out to be a fungal infection. Are you lost? Me, too! To make matters more interesting, the antifungal drug DIFLUCAN was developed to treat HIV patients because it killed fungus! Why is it still called Human Immuno “Virus” (HIV) if the infectious agent is fungal? Let’s save this for another blog.

The point of this blog is to inform you that super-immunity doesn’t prevent fungus from gaining a stronghold on or in your body. I never thought it did, but the experts did and that’s all that matters. It just never made sense to me.

If someone is living 8-24 hours daily in a home that is loaded with disease causing mold (fungus), which enters their lungs upon every inhalation, it seems inevitable that they will begin to get sick. Science tells us that the majority of mycotoxins suppress human immunity, so it is only a matter of time until “super-immunity” becomes “suppressed-immunity”

Many new research papers are now confirming my decades old suspicions that fungus is in a category all by itself when it comes to injuring us. Here are some recent headlines.

~ in English, this says that strong immune systems and strong lungs were not good enough to defend patients against Cryptococcus fungal infections. Interestingly, male alcohol drinkers were the least protected.

~ in English, this states that a strong immune system does not protect anyone from a dangerous mold (fungus) called Aspergillus from entering the body and then disseminating to the central nervous system (CNS).