The Best Reason To Include Turmeric in Your Diet 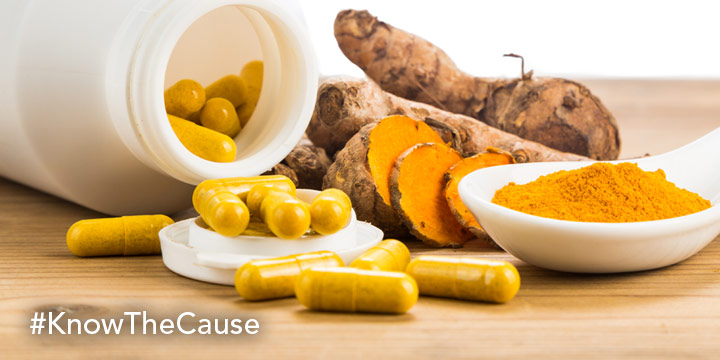 There are a number of reasons to include turmeric in your diet, but one benefit might be the most important factor.

Perhaps no other spice in recent years has gotten as much coverage as turmeric, at least in terms of health benefits. Simply put, turmeric––and the active component therein known as curcumin––is loaded with a legion of benefits that makes it attractive to anyone trying to better or maintain their health. Turmeric, of course, is a yellow spice in the same family as ginger that is prevalent is Indian cooking, especially dishes like curry. It has been used for millennia both in cooking and as a remedy for health. It has a distinct yellow color and a pungent, somewhat bitter flavor that is one of the primary flavors in Indian cuisine. Is Turmeric in Your Diet?

Among the most important health benefits associated with turmeric is it’s anti-inflammatory properties. Inflammation is a normal process in the body and is an important mechanism associated with healing sickness and trauma, but chronic, low-level inflammation is thought to play a role in some of the most prevalent, chronic diseases, such as heart disease, cancer, diabetes and autoimmune disease. Turmeric is known to reduce levels of inflammation, making it a useful tool for preventing disease in the long-term.

One of the interesting benefits associated with turmeric is it’s ability to protect the brain from diseases like Alzheimer’s and dementia. This quality was initially discovered when it was observed that people in India had much lower rates of dementia than other populations, and it was thought that their frequent and abundant use of turmeric might play a role in the prevention of those diseases. Again, it is thought that the anti-inflammatory properties of turmeric might be one of the reasons why turmeric helps prevent diseases of the brain.

Many vitamins, minerals, herbs and spices are known to have anti-cancer properties, or be cancer preventative. Turmeric, it turns out possess both traits. Turmeric is known to actively kill cancer cells in addition to helping protect against it’s formation. This alone is enough for most people to want to include turmeric in their diet.

Turmeric is Anti-fungal (The Best Reason!)

Interestingly, many of the herbs, spices, vitamins and minerals that are beneficial for health also happen to be anti-fungal in nature, as well, and turmeric is no exception to this. Doug Kaufmann has often speculated that much of the benefits conferred by many foods and supplements are present because of the anti-fungal activity. Fungal and yeast infections are associated with many disease, including diseases like cancer, heart disease and diabetes. In spite of this, fungal disease is poorly understood by most medical professionals; this possibly creates a perfect storm in which your health problems resist treatment because the underlying causes is never diagnosed.

How To Include Turmeric In Your Diet

Turmeric is quite easy to include in your regimen. It is possible to use it supplementally; look for varieties that include black pepper extract, which helps with absorption. Other ways include adding ground and dried turmeric to the foods you cook. Finally, you can buy whole turmeric root to grind yourself, or add it to juices and smoothies. However you choose to include it, adding turmeric to your diet or supplement regimen constitutes an easy, inexpensive way to promote your health.

Everything You Need To Know About Turmeric

A Quick Guide To Turmeric and Curcumin