Everything You Need To Know About Turmeric 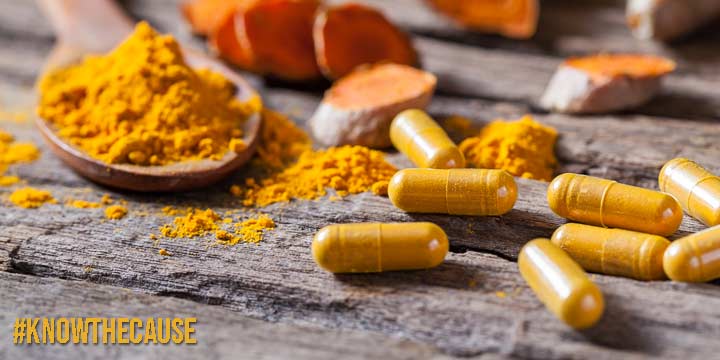 This Incredible Spice Is A Potent Medicine

Turmeric has found itself in the spotlight in recent years for its legion of health benefits; certainly, this not without reason. While many spices possess potent health-promoting properties, turmeric is particularly useful and powerful when it comes to supporting health and fending off disease. Science continues to affirm that this age-old spice can be very beneficial for good health, something our ancestors knew thousands of years ago.

The History of Turmeric

Turmeric, like other spices, has been around for millennia and has been used since antiquity as a medicinal remedy. As long ago as 4,500 years, turmeric has been a part of Indian culture and cuisine and was woven into Ayurvedic medicine tradition, which is a type of holistic medicine developed by ancient peoples in that region of southern Asia. It was believed that turmeric had the ability to increase energy, improve digestion, relieve gas, rid the body of parasites, relieve pain due to arthritis and help eliminate gallstones. Turmeric was also used in religious practices. Importantly, turmeric was also used to produce vivid, yellow dyes for clothing.

Turmeric spread eastward from South Asia to China and west to western Africa throughout the middle ages. Turmeric became an important part of cuisine in middle eastern and African cultures as it spread through those regions; simultaneously, it was also used medicinally.

By the 18th century, turmeric would be brought as far west as Jamaica. Today, turmeric is cultivated worldwide in tropical regions and is widely available year round.

Turmeric has a strong flavor and yellow hue. It is largely what lends India curry its flavor and appearance. It is used both in savory and sweet dishes in Indian and Middle Eastern cuisine. It is thought that in rural areas of India, people consume between 200-1000mg per day of turmeric in some form.

Turmeric’s use in cuisine today is widespread. However, today turmeric is used as much for its color as it is for its flavor. Color extracted from turmeric is used in a wide variety of processed foods––everything from cake icing to cereal to dairy products.

What is in Turmeric?

Turmeric has over 100 compounds that have been isolated, but among those, curcumin is the active component that is thought to lend turmeric its legion of health benefits. There are a few different curcuminoids found in turmeric, including curcumin demethoxycurcumin, 5’ -methoxycurcumin, and dihydrocurcumin. These components are all anti-oxidants. Curcuminoids make up between 5-6.6% of the turmeric root in its natural state.

Curcuminoids are not the only beneficial components inherent in turmeric, however. It is also a good source of potassium, manganese, and iron. Turmeric is also high in beneficial fatty acids, which are also thought to be partly responsible for its benefits.

What Are The Health Benefits of Turmeric?

Turmeric has been used as a medicinal herb since antiquity, but in recent years, science has begun to affirm many of these claims. Simply put, turmeric has been proven to promote health and help prevent disease.

One quality of turmeric that makes it particularly beneficial is that it is highly anti-inflammatory. Chronic, low-level inflammation, of course, is thought to be a key factor in a wide range of diseases. This means that turmeric’s potent anti-inflammatory properties quite possibly make it beneficial against many diseases, including cancer, heart disease, diabetes, autoimmune and many others.

Turmeric’s anti-inflammatory properties, however, also make it highly beneficial against pain, as well. Turmeric has been studied for its use against pain, such as pain from arthritis. Often, it has been shown to be as effective as certain prescription anti-inflammatory medicines and works in similar ways to these without the list of side effects.

Turmeric’s anti-cancer benefits extend to both cancer prevention and as a possible treatment for cancer. Supplemental turmeric has been shown to prevent cancer from forming in the first place, making it a powerful disease-prevention tool. This is likely due to its antioxidant properties. Turmeric might be especially protective agains