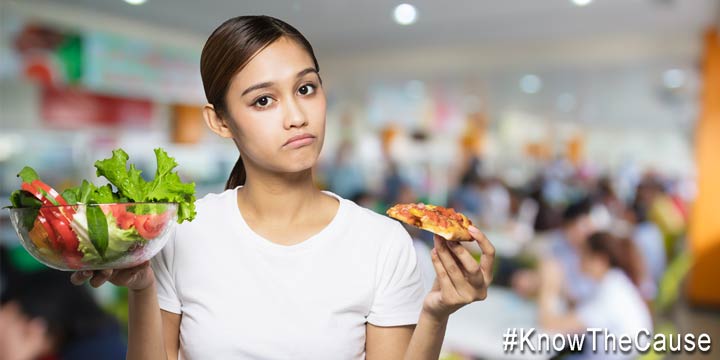 With so much processed food available, The Kaufmann Diet promotes getting back to the basics.

It is estimated that the average grocery store has over 40,000 products lining its shelves. The majority of these products did not exist 100 years ago. Likely even fewer existed 150 years ago.

While this may seem like a long time, on the timeline of human existence, this is quite a short period of time. Long story short, we have essentially decided to treat ourselves as our own guinea pigs.

There is a good bit of speculation about what the impact this explosion of products has had on our health, but that speculation is likely unnecessary at this point. Statistics likely paint a very clear picture of what this has done to us,collectively.

60% or more of adults are overweight. More than 30% are obese. In children, that number is around 20%. As many as 80 million people are pre-diabetic––nearly a third of the population. The chance of getting diagnosed with cancer in your lifetime is approaching 1 in 2, but it is thought that between 40-50% of these cancers could be prevented simply by changing lifestyle factors, among those factors, diet is paramount.

Diet, very simply, is a key component in these grim figures. Much of it has to do with the processed fare and fast food we consume every day. Much of this food is laden with unnatural ingredients that our ancestors would have never consumed. Much of it contains ingredients so far removed from what they are derived from, our bodies literally are ill-equipped to digest it properly. To our bodies, this is not real food, real nourishment.

It is time to do something about those numbers.

Likely, it is not a coincidence that a diet like the Kaufmann Diet––a diet that promotes real, whole foods in place of the fake, processed fare that is so prevalent in the diets of Americans––is exactly the kind of diet that is being recommended as a way to promote wellness and stave off disease. (Again, bear in mind that it is a diet designed to fight yeast and fungi…)

The challenge, of course, is to try The Kaufmann Diet for 30-60 days. Instead of the processed, preservative and chemical-laden fare, substitute fresh vegetables; lean and organic meats; eggs; nuts and seeds; healthy oils and some fruits. Many people often feel worse for a period of about a week, but following that brief period, many people reported, feeling better than they ever have.

Ultimately, you will likely discover what many already have; real food promotes real wellness, while the fake food so many are used to promotes just the opposite.

The Most Nutrient-Dense Foods On The Kaufmann Diet

They are so close to understanding cancer!