Is Soy Good For You? 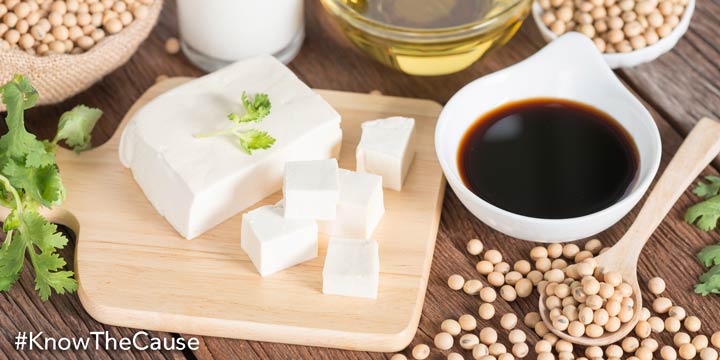 There are things about this “health” food that should make you wary.

There is no doubt that soy is a versatile food. It can be eaten in its whole legume form (edamame), brewed into soy sauce, fermented into tempeh, or processed into tofu. Particularly for vegans and vegetarians, soy and soy products can be an important substitute for meat, providing a large amount of protein in the diet. Soy is touted as a healthy food and one you should include in your diet.

Why do growers opt to grow GMO soy?

Soy is often genetically modified so that it is resistant to powerful pesticides. This means pesticides, such as glyphosate, can be dumped heavily on these crops. This is a good thing for farmers, who do not lose crops to pests, but at what cost? There are numerous environmental problems that this causes, but in regards to human health, glyphosate is a known carcinogen. This means that if you eat any kind of non-organic soy, you are very likely exposing yourself to toxic pesticides.

Soy and The Kaufmann Diet

Mycotoxins are among some of the most poisonous, naturally occurring substances on planet earth. They have been linked to a wide variety of diseases in humans and animals. While authorities do screen for these, in some foods––such as corn, soy, wheat, and peanuts––they are still prevalent and virtually impossible to eliminate altogether.

Part of the Kaufmann Diet’s goal is to mitigate the risk the poisons pose by eliminating foods that are often contaminated with them. This is on reason soy is discouraged on the Kaufmann Diet.

Soy is a legume (a bean), which means on the Kaufmann 1 Diet, it would be eliminated regardless, along with anything that included soy as an ingredient. The Kaufmann 2 Diet, however, reintroduces many kinds of legumes back into the diet, such as black beans, pinto beans, kidney beans, coffee, etc. Does this mean soy is allowable on The Kaufmann 2 Diet?

If soy sauce is something you really miss, try coconut amino’s, which are available in most health food stores.