How Did I Get A Fungal Infection? 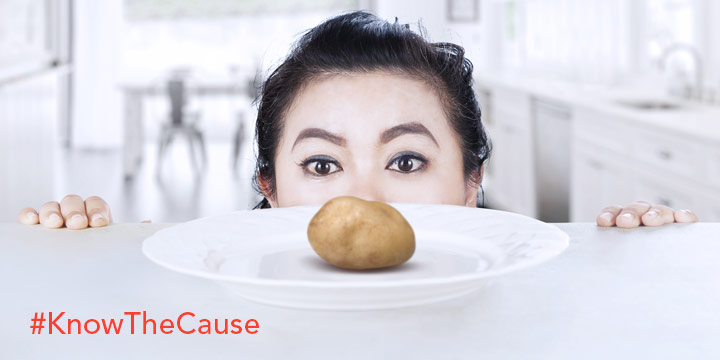 When people find Know The Cause, they are often looking for answers to health questions that have not readily been available in traditional medicine. We have covered some of the signs of an underlying fungal infection, but that leaves many wondering: How did this happen to me in the first place?

There are a couple of things that are important to understand.

First, fungus is ubiquitous, meaning it is everywhere––you even naturally have some amount of yeast living inside you from birth, but we are also exposed to it every day. Often, your immune system has what it takes to prevent fungus or yeast from overgrowing inside you and decomposing you while you are still alive, which is what fungi are designed to do.

Second, fungi secrete poisons that break down organic matter around them, including living organisms, like you. Those poisons that fungi secrete are not uncommon either; exposure to them is documented as having serious consequences for our health. Some, however, we willingly expose ourselves to, byproducts like antibiotics and alcohol (which are both technically mycotoxins). And sadly, it is very likely that these mycotoxins are prevalent in certain parts of our food system despite screening and safety controls.

Knowing this, there are a few things that often precede some sort of fungal infection.

Antibiotics have undoubtedly saved many lives, but in recent years, we have learned of a darker side to these drugs. It is not just the fact that many bacteria are now resistant to them; antibiotics, we have learned, indiscriminately kill the natural, good bacteria living in our guts. These bacteria are beneficial in numerable ways, from providing immunity, manufacturing nutrients to aiding in digestion, but among their many roles is that they keep other, more pathogenic organisms from flourishing in the gut.

After taking antibiotics, these colonies of beneficial bacteria are depleted, which may lead to the overgrowth of naturally-occurring yeasts in the gut. Normally these yeasts are harmless, but when they begin to flourish, often other health problems can arise, causing odd and difficult to diagnose (and subsequently treat) symptoms.

A Diet Rich in Carbohydrates and Sugar

The way that most people eat, with diets rich in simple and refined carbohydrates (breads, pasta, sugar, etc.), has a two-fold effect on potential fungal infections. First, a diet rich in carbohydrates will feed an underlying fungal infection by providing a steady source of fungi’s favorite food––sugar. This will ensure its proliferation.

Second, many of these foods, such as grains and corn, and even foods like peanuts and soy––all foods that underpin our industrialized food system––are at risk for contamination with fungal byproducts called mycotoxins. These poisons are documented as contaminating our food supply, and they can wreak havoc on our health while exacerbating underlying fungal and yeast problems.

The Air We Breathe

Inhalation is a commonly overlooked method of exposure to yeast and fungi, but fungal spores and mycotoxins can contaminate the air inside buildings, making all who enter vulnerable to exposure and subsequent health problems. It is known that fungal spores can exacerbate allergies and asthma, but the lungs constitute another point of entry for mold, fungus and their poisons to get into your body. If you are suffering from a fungal infection and ever spent time in a moldy home, office, basement or construction zone, you may have pinpointed what set your infection in motion.

This is a less-researched method of exposure, but Doug Kaufmann has posited that sexual contact very possibly represents a method of exposure to yeast, mycotoxins and dermatophytes (fungi that live on the skin) and may be one overlooked way that fungi are transported to and infect people. There is even some evidence that fungi, yeasts and mycotoxins may play a role in some sexually transmitted diseases, such as HIV/AIDS, as well. Regardless, this skin to skin contact might be one way that fungi can gain access to your body.

7 Signs you have fungal overgrowth

PrevPreviousShameful Ignorance
NextHow do I know if its a Fungus?Next