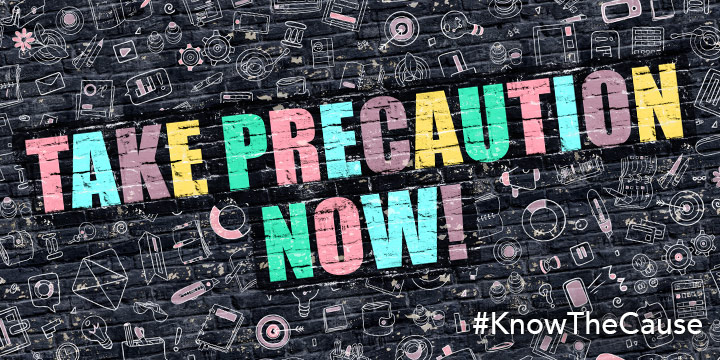 If you are looking to prevent cancer, or even fight cancer, an anti-fungal program like The Kaufmann Diet may be a powerful strategy.

Nobody wants to hear the words, you have cancer. Cancer remains one of the most terrifying diseases today, and what is scarier is that cancer rates do not seem to be slowing down. Cancer often presents with no symptoms, and it is frequently not discovered until it is too late to be treated effectively, and the standards of care often come with barbaric side effects that can be worse than the disease itself.

President Nixon declared “war on cancer” in the 1970s, and since that time, billions of dollars have been spent studying cancer, looking for cures, and developing new treatments, screening methods, and educational material for the public. Yet for all this money and effort, a cure for cancer remains elusive, and how, why, and who gets cancer remains a largely unanswered question. Yet, the best advice we get in terms of avoiding cancer usually boils down to, do not smoke.

The picture is not entirely bleak, however; we do know more about cancer today than ever before. And, because of that knowledge, some of our paradigms about cancer are changing.

So if cancer is not just genetic, and if our lifestyle is known to influence our genetics, what does this mean for our fight against cancer? What can damage our our cells, or create toxic environments in our bodies so that cancer becomes more likely? And if we know this, do we know how to create healthy environments for our cells that make the formation of cancer in our body much more difficult?

There are many links, and even similarities, between cancer and fungus. We have known for a long time that fungus can play some role in cancer; fungus and its poisons may perhaps be the most overlooked puzzle piece in our picture of cancer.

Many fungi make poisons as part of their natural life cycle, and these are called mycotoxins. Some of these are known carcinogens, such as aflatoxin B1, which is known to cause liver cancer. Many other mycotoxins are known to wreak havoc on health, as well. Unfortunately, we know through research that many of these fungal poisons contaminate parts of our food supply; we are exposed to these poisons through a variety of ways and likely more frequently than we know or would assume.

However, beyond the role of mycotoxins in cancer, there are some striking similarities between cancer and fungi:

Obviously, cancer often manifests in form of tumors. Many types of fungi form tight sacs known as ascomycetes. These have been mistaken for cancerous tumors inside the body.

Otto Warburg discovered that cancer thrives in low oxygen environments; this is a trait that fungi share with cancer.

One of the hallmarks of cancer is that cancer cells produce energy less efficiently and more crudely than healthy cells––primarily through glycolysis, which is the conversion of sugar to ATP, or the energy currency of our cells. Fungi and yeasts also thrive in the presence of sugar or carbohydrates; it is their preferred food source.

Both cancer and fungi produce lactic acid as a byproduct of their cellular processes. 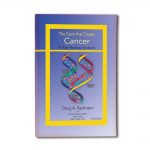 The similarities are striking enough that Doug Kaufman wrote an entire book, The Germ that Causes Cancer, exploring the idea that cancer may indeed be a misunderstood fungal disease.

Certainly, knowing the similarities between fungi and cancer, and knowing that many fungal byproducts are implicated as causing cancer, at the bare minimum, an anti-fungal diet and program that mitigate the risk of mycotoxin contamination in our food might be a good way to also fight cancer.

The Kaufmann Diet was designed to rid the body of pathogenic yeasts and fungi, which are implicated in a number of esoteric and difficult to diagnose health problems. The diet does this by eliminating most forms of simple carbohydrates and sugar––two foods which are prolific in the standard American diet. Interestingly, these foods are implicated in many diseases, like diabetes, heart disease, and many others. Knowing this, it is unsurprising Americans are ill at such an alarming rate. Could it be that pathogenic fungal problems are just as prevalent, playing some underlying role in illness? This is what the diet and anti-fungal program seek to address.

Since the diet eliminates sugar, it is also eliminating cancer’s fuel of choice as well. The Kaufmann Diet also includes many foods that are known to be cancer preventative, including anti-oxidant rich berries, healthy fats, and vegetables rich in many anti-cancer compounds. Coincidentally, many of these foods are rich in anti-fungal nutrients, as well.

The diet also eliminates foods that are known to be frequently contaminated with mycotoxins, which is more common than people think. Foods like corn, grain, soy, and peanuts––foods that underpin our entire processed food economy––all are known to be contaminated with trace amounts of these poisons. If you are frequently eatings bread, pasta, corn chips, corn syrup, soy products or peanut butter, you may be routinely exposing yourself to these mycotoxins, some of which are known to be carcinogenic, like the aforementioned aflatoxin in the case of liver cancer. Other foods made with yeast and foods like alcohol are also eliminated. (Alcohol, which is a byproduct of yeast fermenting sugar, is, unsurprisingly, implicated in many kinds of cancers.) 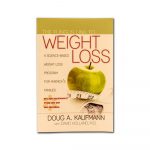 The Kaufmann Diet is excellent for losing weight. Many people who have struggle to lose weight often find they can effortlessly lose weight when they address a potential underlying fungal issue. Maintaining a healthy weight is a key indicator for cancer prevention; so if you have struggled to lose weight and keep it off, the Kaufmann Diet may be another powerful tool to help you both achieve health and prevent cancer. Many low-carb diets are known to be effective for weight loss, but they often fall short of directly addressing a problem with yeast in the gut or elsewhere in the body. Please view Doug’s Fungus Link to Weight Loss book in our store.

Ultimately, the Kaufmann Diet is powerful lifestyle tool that can certainly be considered anti-cancer. The Kaufmann Diet eliminates sugar (cancer’s fuel of choice), carcinogens that might contaminate parts of our food (in the form of mycotoxins), and is a powerful tool for maintaining healthy weight and weight overall, which too helps to prevent cancer. Living an anti-fungal life is a by its nature anti-cancer, as well.

Easing into the Kaufmann Diet 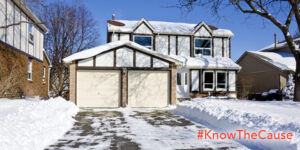 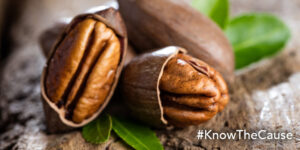