Does Fungus Cause Breast Cancer? 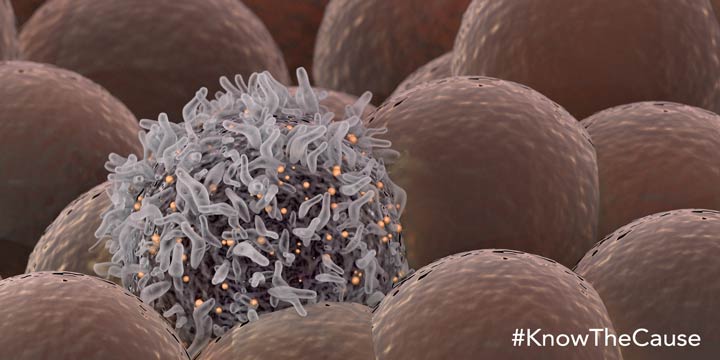 Breast Cancer and The Fungus Link – Does Fungus Cause Breast Cancer? If you’re a longtime reader of our site or my books, you know that I have published before on the fungus link to breast cancer. I believe there is a good deal of evidence to support this, and I hope to add another piece to the puzzle today. First, let’s take a quick glance at some facts that, I believe, point towards fungus as a contributor to breast cancer.

1. ANTIBIOTICS
Antibiotics increased the risk and incident of fatal breast cancer. So says the Journal of The American Medical Association. (JAMA, 2004;291:827-835)

2. ALCOHOL
Imbibing can increase a woman’s chance of getting breast cancer. It doesn’t appear that the type of alcohol a woman drinks makes any difference. So says the Journal of Oncology. (Online 8/30/10)

5. TAMOXIFEN
Tamoxifen is a drug that prevents breast cancer. So says the Journal Cancer. (2011). I believe that the 5 facts above all point directly at fungus as the cause of many cases of breast cancer. Mycotoxins and Breast Cancer

Some fungi produce secondary byproducts called mycotoxins. So as to remove myself from any bias, cancer doctors already published that mycotoxins do cause cancer. Dr. Murphy, et al, wrote in the American Cancer Society Textbook of Clinical Oncology (2nd edition, 1995) that: “Mycotoxins are genotoxic carcinogens…. (that) favor the occurrence of disease.”
Any scientist reading Dr. Murphy’s definition above of mycotoxins would immediately know that these fungal poisons called mycotoxins, by definition, cause genetic mutations that lead to all kinds of cancer. What he may not know is that these mycotoxins are commonly found in some of the foods we eat in America, in some of the air we breathe and even in some medications that we take. So, let’s review those 5 facts again with fungal mycotoxins in mind:<
1. Antibiotics are mycotoxins. Penicillium is the fungus and Penicillinis the mycotoxin.
2. Alcohol Is a mycotoxin. Brewer’s yeast is the fungus and alcoholis the mycotoxin.
3. Parts of our food supply is commonly contaminated with mycotoxins.
Foods highest in carbohydrate content are breads, cereals, potatoes, corn, raisins, bananas, beans, sugary foods and fermented alcohol. According to a study, (Etzel RA. Mycotoxins. Journal of the American Medical Association (JAMA) 2002;287:425-427) our American grain supply is commonly contaminated with mycotoxins. (Further, I recommend a diet that initially excludes the non-grain foods in this list.)
4. Starchy foods are likely contaminated with mycotoxins. Foods highest in starch content are rice, cornmeal, cereals and wheat flour. Once again, as in number 3 above, our American grain supply is commonly contaminated with mycotoxins.
5. Tamoxifen is an anti-fungal drug. Tamoxifen prevents breast cancer as an estrogen receptor antagonist. Doctors have known for many years that

Tamoxifen can prevent breast cancer, although how it prevented cancer was not well known. A few years ago, the journal, Antimicrobial Agents and Chemotherapy, published (2009 August; 53(8): 3337–3346) that Tamoxifen not only inhibited breast cancer from spreading, but it also inhibited fungus from spreading! Tamoxifen, therefore, is an anti-fungal drug. Coincidence? Of course not, if you believe as I do, that fungus caused the diagnosis of “breast cancer” in the first place.

Doctors have been telling us for years to try to get our HDL to about 60+ milligrams per deciliter of blood, but in an era when, “oops!” seems to work, scientifically, I have to wonder if having an optimal 60+ HDL (high density lipoprotein, or blood fat) is a good thing, or if in 10 years, the scientific community will once again be saying, “Oops!”
A recent study stated that although we currently believe that our good cholesterol, or HDL assists us in fighting heart disease, we now know that high levels of good cholesterol not only increase a woman’s chance of getting breast cancer, but also that the breast cancer they get will be more aggressive!
Blood fats have always confused me, because I’m not certain there is accurate science behind blood fat numbers. If there were, heart attack and cardiovascular diseases would be declining considerably after all the testing and statin treatment we Americans have endured.

On another, but similar note, recall that doctors have also been telling us to take acetaminophen for our pain, hormone therapy for menopause and the PSA test to see if men have prostate cancer. So I’m hesitant to drive my HDL up by their means (see below), because it seems fashionable to do that. Yes, I want to prevent heart disease, but what price am I willing to pay?

Weren’t we told that acetaminophen fixed our heart attack risk? Yes, we were… After years on the market, the FDA told doctors to be careful, even when recommending small doses of acetaminophen. Why hadn’t we correlated all of the liver damage and liver deaths to acetaminophen 50 years ago?

We also know that the Women’s Health Initiative (WHI) implicated the exact hormone replacement drugs that doctors had been prescribing to menopausal and postmenopausal women for decades as counterproductive. As it turns out, hormone replacement therapy was not helping women as their doctors thought.

A few years ago, the doctor who invented the PSA test, or “prostate cancer test” for men, published a scathing book highlighting the failures of the PSA test. Dr. Ablin now laments all the harm that test has likely caused men, all because it was accepted as, “conventional wisdom.”

Years from now, the same might be true with what are now the recommended HDL levels in our blood. Today, it seems like credible science, but will it a decade from now?
Today, it is called good cholesterol. Will it be called “oops” tomorrow?

You and I have been told for years that in order to increase our good cholesterol, we needed to switch our diets to a low fat diet, and exclude meat and eggs.

It has also been published that if we drink 30-60 alcoholic drinks monthly (1-2 drinks daily), our HDL levels would increase.

While The Mayo Clinic recommends the fiber found in whole-wheat, we are told to eat more whole-grains as a means to raise our HDL levels.
Statin drugs, which I believe will one day be proven unsafe, are known to raise good cholesterol levels. I could go on, but I believe you see exactly where I am going with all this.
I do not take statin drugs. I like and eat grass fed meat, and I love eggs. I try to avoid eating whole, or any other sized, grain. If I drank 60 alcoholic drinks in one month, I’d strongly recommend that you begin taping my daily TV shows, because you’d be in for a real visual treat! To me, drinking alcohol to prevent heart disease is like smoking to prevent cancer.

What I do find interesting, however, is the confusion that exists in medicine when the word food comes up. I have so many friends who are doctors and nurses, and almost robotically, alcohol is almost always good and beef is almost always bad.

In addition to the five facts we already have about an unknown cause of breast cancer comes this startling information on the “good cholesterol” connection.  Does Fungus Cause Breast Cancer? To me, it is yet another piece of the breast cancer puzzle that I have been building for so many years. Please don’t wait until the breast cancer fundraisers come calling in October if you are concerned about this – and don’t be paranoid. If you honestly aren’t careful with your lifestyle, please talk to your doctor about the research surrounding HDL levels and breast cancer.