Do Foods Affect My Brain? 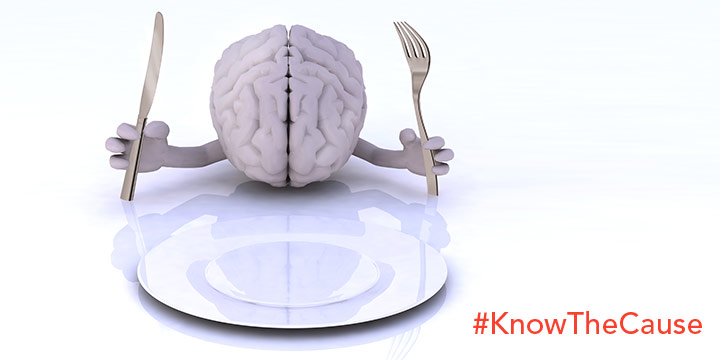 Today, millions of Americans suffer from clinically diagnosable problems with brain chemistry; these include problems like anxiety and depression. Another seemingly growing problem is that of “brain fog”. Brain fog entails the inability to think clearly, or sharply; often people who complain of brain fog often complain of lapses in memory. In short, it seems as if there might be something we are doing that is predisposing our brains to problems.

Similarly, what we put into our bodies affects not only our digestive system, but every system in our bodies and how they work together. So you might wonder, does food affect my brain? Subsequently, can it affect my mood, or how clearly I think?

Today, many scientists, doctors, and researchers refer to the stomach as “the second brain”. What they mean by this is that our digestive system and our brains are intimately linked. Think about it; if you have ever been under lots of stress, has it affected your appetite? Certainly, the connection between our brains and our stomach runs much deeper than simply losing or gaining an appetite. In fact, much research points towards the fact that what we put into our stomach can have a direct effect on how our brains work.

There are numerous examples that immediately come to mind of how foods––and the compounds therein––can affect our brains:

One of the compounds that immediately comes to mind that has a direct effect on our brains is caffeine, which is a stimulant and is found in foods like coffee and chocolate. Caffeine is addictive to the point that some people get headaches and can’t think clearly until they’ve had their morning cup.

The active component of all these beverages is, of course, alcohol, which has a well-known, immediate effect on the brain. Alcohol is known the be relaxing, to lower inhibitions, and might make you feel great in the short run, but the reverse becomes true after the effect wears off; anyone who has ever had a hangover knows the jittery feelings and the inability to focus or concentrate that follow a night of imbibing.

These foods are rich in omega 3 fatty acids. Omega 3s are known for their myriad of health benefits, among them is support for the brain and healthy mood. There is a clear link between consumption of omega 3 fats and benefits for mood and they are thought to protect against brain disease like Alzheimer’s.

Sweets and foods high in simple carbohydrates are known to give a rush of “feel good” chemicals into the brain, which is probably one reason why people crave desserts, sweet foods, and why many people get cranky when carbs are cut out.

So, we know that, yes, foods do affect the brain? But which foods do what? And is there something in our food that might be partially to blame?

Your Brain & Giving Up Sugar