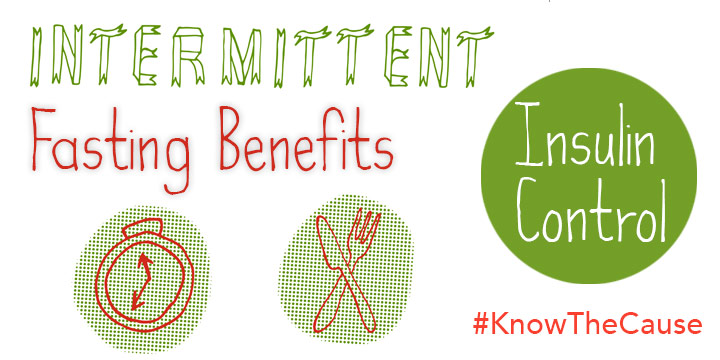 Insulin resistance is the first step towards developing type 2 diabetes, but there are safe, healthy, and natural things you can do for insulin control. Please read our part 1 to this series here: Benefits of Intermittent Fasting: Natures Detox.

One of the metrics that intermittent fasting helps control is insulin resistance.

To summarize, when we we eat, the carbohydrates are immediately converted to sugar. Proteins are broken down; some are used to repair parts of the body in need of protein, others are further broken down into sugars. Fats are absorbed more directly. This sugar created in digestion is ushered into the cells to be used as energy; it is insulin’s job to usher that sugar into our cells.

However, our cells can become resistant to inulin over time, which means that sugar builds up in the bloodstream. This is known as insulin resistance. If insulin resistance progresses to a certain point, it can turn into type 2 diabetes.

While as many as 34 million people in the United States are thought to have diabetes (as many as 7 million ostensibly undiagnosed), an order of magnitude more are believed to be insulin resistant––a precursor to diabetes. Symptoms of insulin resistance include:

In short, insulin resistance is a big deal and should be considered a warning sign that you need to make some serious lifestyle changes.

Traditionally, there are two big ways you combat insulin resistance. The first is exercise. Exercise is known to increase insulin sensitivity.

The second the second is diet. Removing simple carbohydrates and sugar in favor high protein, healthy fats, and the complex carbs found in vegetables is known to help improve insulin resistance. Sound familiar? This type of diet is precisely what you will find on The Kaufmann Diet. In fact, Doug Kaufmann lays out the link between diet, fungi, and their links to type 2 diabetes in The Fungus Link to Diabetes.

It turns out, however, there is another powerful tool available to those wanting to control their insulin levels: Intermittent fasting. Intermittent fasting involves time when you eat––not necessarily what you eat. Fasting lasts between 12-20 hours a day, while your eating window consists of the remaining hours of the day. Most people generally stick to a 16:8 fasting/feeding window, and for many, this simply means skipping breakfast, eating lunch at noon and finishing dinner by 8pm.

One of the key factors that leads to insulin resistance is thought to be not just the levels of insulin, but the duration that insulin levels stay high. However, when you fast for 16 hours a day instead of constantly snacking (and thus spiking your blood sugar), your insulin levels naturally lower when you aren’t constantly flooding your blood stream with sugar that needs somewhere to go. Intermittent fasting has been shown to have a significant effect on blood glucose levels in as little as two weeks.

If you are worried about insulin resistance, or diabetes, the combination of The Kaufmann Diet combined with an intermittent fasting routine can be a powerful to stop the progression of diabetes in its tracks.

PrevPreviousTwo Out Of Three Ain’t Bad
NextWhat About Yogurt?Next