Why Organic Is Best 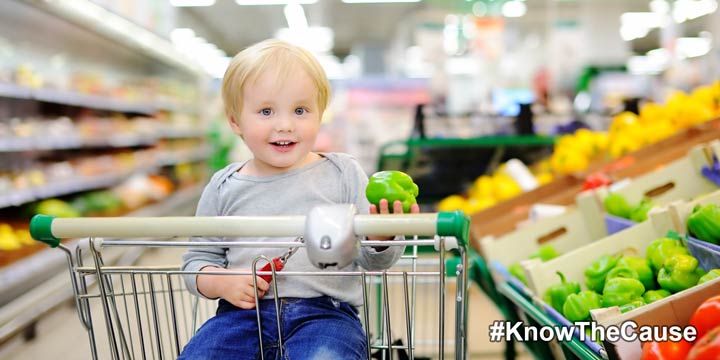 For Maximum Health, Buying Organic May Be Beneficial

We have all been there, in the produce section of the supermarket, trying to decide whether the organic broccoli is worth the difference in price against the conventionally-grown broccoli. They’re both green, they both contain disease-fighting nutrients, they’re both healthy; why should you pay appreciably more for one than you do the other?

The debate over whether organic is best has many voices on both sides. Some argue that organic is the only way to go. Some argue that it makes little difference. Ultimately though, the advice on the Kaufmann Diet remains that buying organic, when possible, is always best.

First, there are a few things to remember. The designation of “natural” does not equate to a product being organic. “Natural” or “naturally raised” or “all natural” really means very little and amount to little more than catch-phrases used by purveyors to market their wares. If you want to buy organic food, look for the USDA Organic label on produce, meat and other products. This is the gold standard for organic food, and food given that label must be meet certain standards in order to be considered organic.

Also, simply because food is organic does not necessarily make it healthy or permissible on any phase of the Kaufmann Diet. The trend towards organic has led to an explosion of processed foods that are labeled organic, but not necessarily the kinds of foods you would want to include in your diet. These include candy, processed foods, desserts; even when a food is organic, reading the labels is still key to discerning whether that food is healthy or not.

Should You Buy Organic?

There have been developments in recent years that underscore why organic produce and meats are best to purchase.

There have been multiple studies linking the consumption of conventionally raised meat and dairy products, which are often tainted with antibiotics and hormones, to early puberty in children and to the rise of antibiotic-resistant superbugs. When you buy organic animal products, you are ensuring that you and your family are not exposed to these sorts of contaminants.

However, perhaps the most notable example of why shunning conventionally grown food is perhaps a good idea is the discovery that glyphosate––one of the world’s most commonly used pesticides––might be carcinogenic. Many foods are genetically modified in order to survive a generous dousing of glyphosate, leaving the crops unharmed while eliminating anything else around them.

For years, we were guaranteed by companies that make such chemicals that they were safe, only to find out years later that they may be linked to multiple cancers.

Now, do all pesticides cause cancer? Maybe not. However, in the interest of maximizing your health and the health benefits of your food, why would anyone willingly expose themselves to something that might be found to be harmful years later? Buying organic acts as an insurance policy against unknowingly exposing yourself to dangerous chemicals.

Sometimes, buying organic is not possible. In such cases, one should never feel guilty about buying healthy produce or meat that is not organic; these foods are still healthy and come with a legion of benefits. In the case of produce, take extra time to rinse and scrub foods (something you should do with organic produce, too) to lessen exposure, but in all cases, enjoy healthy food in abundance.