Why Giving up Carbs is So Hard 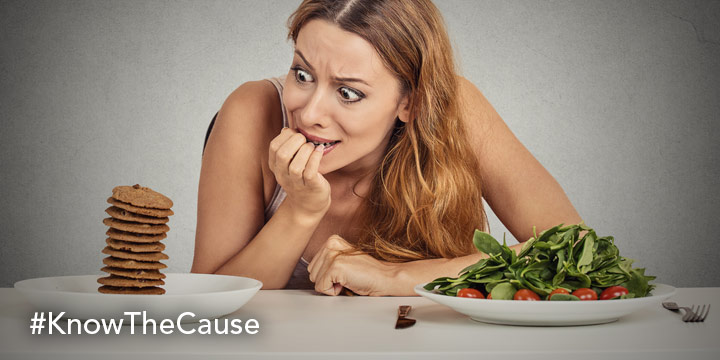 Giving up carbs is hard, but have you ever wondered why? It might be more than just a simple craving.

One of the hardest parts of The Kaufmann Diet is giving up the simple carbohydrates that make up so much of what many people eat on a regular basis. These include foods like bread, pasta, potatoes, crackers, and foods like dessert foods and anything with added sugar. Often, people do not realize how much they rely on these types of foods until they try to give them up; when they do try to eliminate these foods, they realize just how addicted to them they actually were.

Carb cravings really can feel like withdrawal for many people, particularly if you have a sweet tooth. However, even people who never had a sweet tooth might find themselves craving something sweet when they give up carbs. Why is that?

There is a lot of research talking about the addictive nature of sugar; some studies have even concluded that sugar and carbohydrates can be as addictive as drugs like cocaine. No wonder they are so hard to give up! Other people are likely so used to relying on a steady influx of sugar and carbs via the diet that when they switch to a high protein, high fat diet such as The Kaufmann Diet, the body simply takes some time to adjust.

But is there a deeper reason why giving up carbs makes people feel so miserable?

Often times, people with an underlying yeast or fungal problem crave foods high in sugar and simple carbohydrates. Fungi and yeasts can be parasitic, and they require a steady supply of their favorite foods in order to thrive. Somehow, fungi are able to manipulate their hosts into craving sweet foods, or foods with lots of carbohydrates.

When you eliminate carbs and sugar while on the Kaufmann Diet, you are very literally starving an internal pathogen. As they die, they can cause their hosts to feel miserable, which in turn can intensify the urge in the host to consume foods the fungi need to keep themselves alive.

Part of this reaction is known as a Herxheimer reaction, wherein the body must detoxify itself of fungi, its poisons, and the dead fungal matter; it is a desperate, final attempt to continue to flourish inside your body. Often times, people feel miserable, flu-like symptoms for a few days, but Herxheimer reactions typically resolve within a few days.

Simultaneously, people report a greatly diminishing urge for sugar as they continue on the diet. The first few days can be difficult, but remember that it might not be you that is craving the sugar; it could be the very pathogen you are trying to eliminate.

Know the Difference Between Hunger and Cravings

How To Curb Your Cravings