A Brief Introduction to Nootropics 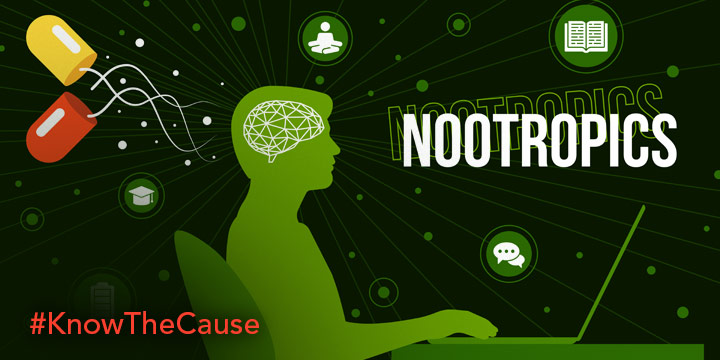 Today, more than ever, we live in a fast-paced, highly competitive society; for those who want to be successful, often this means consistently operating at your full mental capacity.  But your brain, similar to your body, can become tired and overworked. Subsequently, many people experience lack of focus, brain fog, apathy and the dreaded feelings of being “burned out”.

One of the best ways you can support your brain is the way you support the rest of your body––through healthy diet and exercise. When you regularly eat well and move your body, other facets of health often seem to fall into place.

A good place to start is The Kaufmann Diet, which is a diet designed to starve pathogenic yeasts and fungi. When you address a potential underlying yeast and fungal problem, the downstream effect that is other health problems tend to resolve too. Many times, people who have suffered from malaise or brain fog often find their problems resolving after a period of time on the diet, and many report more mental focus and clarity than they’ve ever experienced.

Still, some seek to support the brain further so that they can achieve their maximum potential. This is where nootropics can be helpful.

Many nootropics are synthetic drugs, which include drugs like Adderal, Ritalin, and other drugs designed to enhance cognitive function. While these drugs can have their place in a clinical setting, part of The Kaufmann Lifestyle is seeking to avoid harsh, prescriptive drugs when possible. Fortunately, there are many natural supplements that are safer with nootropic properties. These are a few examples of nootropics that would be beneficial on The Kaufmann Diet.

An adaptogen, rhodiola is known to provide relief from burnout in people experiencing high volumes of stress. Rhodiola is good for mental fatigue and supports your body’s ability to handle stress.

This Ayurvedic herb requires 300-600mg daily for several months before the effects can ostensibly be felt, but bacopa monnieri contains compounds that protect the brain from oxidative stress. Studies suggest it can improve memory, reaction times, and the speed with which your brain processes information.

Creatine is an amino acid that muscle builders are known to use. Creatine can be used by the brain as a quick source of fuel; this immediate availability of energy in the brain is linked to better short term memory and enhanced reasoning skills. 5 grams a day is considered safe.