What You Should Know About L-Theanine 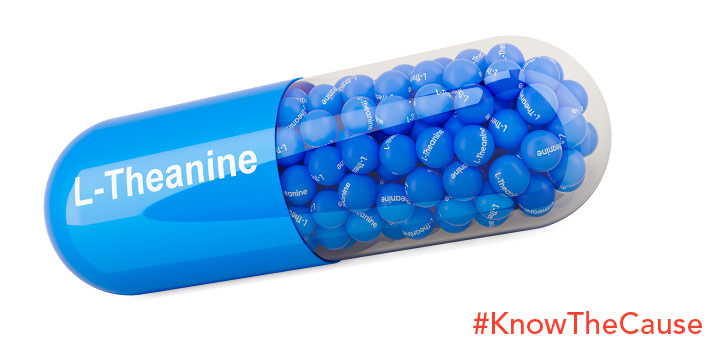 People who live in blue zones, or parts of the world where people regularly live in to their 80s, 90s, and beyond, share some commonalities. They regularly move their bodies, eat a diet rich in nutrients (particularly from plants), and many have routines that foster a sense of community, maintain strong familial relationships, and keep their lifestyle relatively stress-free. These zones include Okinawa, Japan; Sardinia, Italy; Nicoya, Costa Rica; Ikaria, Greece; and Loma Linda, California.

Another commonality is that people in blue zones regularly consume tea. Tea that is brewed from Camellia sinensis (tea leaves) is the most common beverage consumed in the world behind water. Tea has been consumed for millennia, and it is particularly common amongst people in blue zones who are known to live long and healthy lives. Tea, particularly green and white teas, are known to be anti-oxidant rich beverages that confer many benefits. One of these anti-oxidants is thought to be one of the important health-promoters in tea; L-Theanine.

L-Theanine is an amino acid found exclusively in the Camellia sinensis plant that has some noteworthy effects. L-Theanine is known to affect certain chemicals in the brain, including dopamine and serotonin, promoting feelings of calm while stimulating alertness as well. L-Theanine’s benefits for the brain don’t stop there; it is known to protect against neurodegenerative problems which can lead to Alzheimer’s disease.

L-Theanine is also known to lower the stress hormone cortisol. Cortisol is released during fight or flight situations, but over time, too much cortisol is known to lead to health problems. Regularly consuming L-Theanine, it seems, is a good way to guard against these effects. The downstream effects of too much stress are well-documented. And while stress reduction techniques are beneficial, L-Theanine seems like a good food-based way to fight the effects of too much stress.

The only food source of L-Theanine is tea leaves. Tea, according to recent research, runs the significant risk of mycotoxin contamination. So while L-Theanine is encouraged, drinking tea is advised against on The Kaufmann Diet. There are supplements available that contain L-Theanine, and these these are a good option for those on The Kaufmann Diet. In fact, these are overwhelmingly advised over drinking tea. This puts tea in a similar category as wine. Yes, wine has some antioxidants like resveratrol that are known to promote health, but the alcohol in wine is a mycotoxin. Mycotoxins are dangerous chemicals that detract from health; drinking something with the purpose of promoting your health that contains mycotoxins really defeats the purpose.

So while L-Theanine is encouraged, drinking tea should be avoided while on the Kaufmann Diet.

Tea On The Kaufmann Diet

Tea Works To Help Reduce High Blood Pressure? But, Why?