Shopping for Fish: A Buyer’s Guide 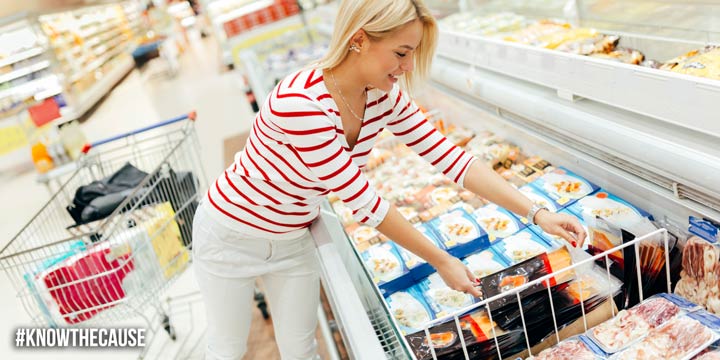 Fish are an excellent source of protein and healthy fats while you are on the Kaufmann 1 or Kaufmann 2 diet. Many are rich in beneficial omega 3 fatty acids, thought to promote cardiovascular health, brain health, and full system support.

On the Kaufmann Diets, virtually all fish and other forms of seafood are permitted. However, like other foods, such as grass-fed beef or even produce, not all fish are created equal.

There are certain things you should be aware of when shopping for fish on the Kaufmann 1 or Kaufmann 2 diet.

What Should You Avoid?

There are some things that you should certainly avoid when it comes to shopping for seafood.

Farm-raised fish are generally inferior to wild-caught fish on most markers of quality, including many nutritional benchmarks. Farm-raised salmon, for example, is much lower in beneficial omega 3 fats than wild-caught salmon.

Often, too, these and other varieties of farm-raised fish are contaminated with a number of industrial pollutants and contaminants. Furthermore, the environmental practices of farm raising fish like salmon has also come under a good deal of scrutiny. In short, the environmental impacts of such practice can be dire, again similar to conventionally raised livestock.

Ultimately, farm-raised fish should be avoided.

What Should You Be Cautious Of? 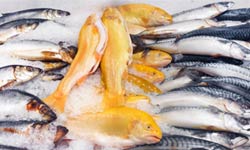 Generally, all fish––including shellfish––are permitted on the Kaufmann 1 and Kaufmann 2 Diets. For some people, however, there are concerns about eating “bottom dwellers”, such as oysters, shrimp, crab, mussels, or lobster. Because these and other aquatic organisms are either scavengers or filter organisms, the thought is that they contain an unusually high number of contaminants.

Similarly, the further up the food chain we travel in the ocean, the higher the concentration of certain contaminants, such as mercury, cadmium, and other toxic substances. This is particularly true in seafood such as shark, swordfish, and certain types of tunas.

While these types of seafood are otherwise healthy, it might be prudent to limit consumption of fish known to contain high levels of contaminants.

There is also concern over fish from certain regions of the world, such as the American Gulf Coast, or certain areas in the Pacific, because of man-made disasters. Oil spills or radioactive contamination are certainly concerning and underscore the importance of knowing where your food comes from. It is not always prudent to simply trust the regulatory bodies charged with keeping our food supply safe.

What Should You Shop For?

Often, smaller fish like sardines are overlooked when we talk about shopping for fish; these types of fish are packed with nutrition, and are lower on the food chain than some of the larger fish, meaning they are less likely to be contaminated with chemicals like mercury. These are often available canned, making them a portable, healthy food to have on hand.

Depending on how you decide to cook your fish, the grade of the fish can be important, as well. If you like your fish cooked rarer (or hardly at all), it is important to opt for sushi grade cuts of fish.

Often, frozen fish constitute an excellent alternative to what is available fresh. While some may say the flavor suffers, this is not necessarily true; buying your fish frozen is often a healthy, economical, and tasty way to get protein and healthy fats into your diet.

PrevPreviousBreathing Problems Aren’t Getting Better?
Next5 Natural Approaches To An Autoimmune DiseaseNext