Now THAT Was A Bad Flu! 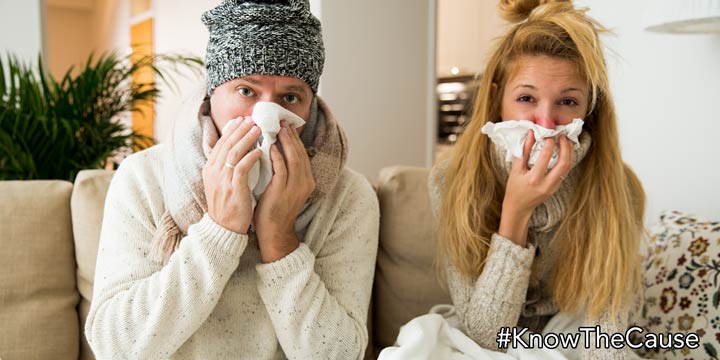 I haven’t been sick in so long, I forgot how bad “sick” felt! I made the mistake of believing that my regular exercise, my diet namesake and the great supplements I take had all strengthened my immune system, so I wouldn’t get the flu.

These interesting facts, I believe, helped me piece together why I may have been vulnerable, instead of resistant to the 2017 flu.

1. The last several months of 2017, I traveled and lectured more than I have in many, many years. I received so many wonderful invitations to teach about fungus and disease and I wanted to complete this mission.

2. I’m not getting younger!

3. My dear friend, Dr. Ann Louise Gittleman, honored me with a parasite cleanse kit and I began taking toward the end of December, just as she directed.

4. Full moons and parasite activity just seem to go hand in hand. Any of you who have ever worked in psychology or emergency rooms, know this with certainty. A few weeks after I began my parasite cleanse, we didn’t experience a simple “full moon.” We experienced a few days of a “Super Moon!” Between my exposures to this toxic flu virus, the parasite cleanse and the sensational supermoon, I got sick-very sick.

I never go to the doctor, but I found myself so sick, that I ran out the following day (feeling a bit like I was hallucinating) and visited a local emergency room. The doctor confirmed that I was very sick. I was offered the antibiotic Cipro, which I gladly took since I knew bacteria was overtaking my lungs…and of course, codeine, which I refused. I can tolerate pain, but I wasn’t prepared to die of a bacterial overgrowth.

Is it just me or are doctors handing out oxycodone and other addictive pain medications like they are candy? Sometimes I feel like we’re on our own in medicine!

Three days after beginning the Cipro, my body began shaking as if I had Parkinson’s disease. Sure enough, Cipro and many other antibiotics can be neurotoxic, so I stopped the antibiotics. I recommend that you always talk to your doctor before stopping any prescribed medications. I continue to use and rotate an array of natural, safe, inexpensive supplements. I’m feeling great! I just completed my first workout in several weeks. It wasn’t as easy as I remembered it!

Later this year, we will all be exposed to new or different flu viruses. Of course, I have a new plan for fighting the flu later in 2018. Does it include taking a flu shot? No way! But having spent so much time in bed thinking while recovering (you know you’re really sick when you wake up and the TV is screaming, “JERRY, JERRY, JERRY”) from this flu, I have a magnificent idea that just might help most us all.

I know a doctor who developed an oral flu spray with past and present flu viruses in it, no prescription needed. You are my loyal audience and I promise not to take your or my health for granted anymore. We are going to arm ourselves against the 2018 flu virus like we have never done before. I’m going to thoroughly study this! I will let you know as I learn.