More Confirmation of a Fungus Link to Cancer 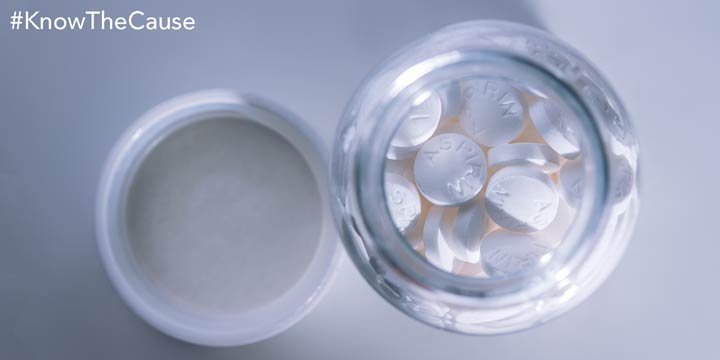 A few years ago, I read an article that proved to me that aspirin had antifungal properties. This has always interested me because my father was told to take an aspirin daily to control his heart disease and it seemed to have,e worked. Now I know why. Today I read this interesting article from Malta (small island in the Mediterranean Sea) news and although it is a bit technical, the author is trying to explain why aspirin works to prevent cancer. The technicalities of this article mirror past scientific articles on why the toenail fungus drug Sporanox works for cancer patients. Since Sporanox and aspirin both have anticancer and antifungal properties, wouldn’t logic dictate that cancer is a fungal disease? Could it be that simple? Scientists currently do not believe this, but here we have more fuel that cancer has fungus roots.

The well-known drug aspirin has, in recent years, attracted considerable research interest, in light of its promising cancer-preventive effects. Widely used to treat inflammatory pain (such as headaches) and prevent post-operative thrombosis in patients recovering from heart disease (due to its blood-thinning properties), aspirin has also been shown to lower the incidence of common bowel cancers by at least a third, if prescribed in small daily doses over the span of at least five years. Aspirin can lower cancer incidence partly by reducing inflammation and also by causing early-stage cancer cells to destroy themselves via programmed cell death, prior to tumor formation.

The mechanisms by which aspirin selectively kills early-stage cancer cells, but not healthy cells, are not fully understood. Indeed, unearthing these elusive mechanisms has long been the scope of research carried out in our Yeast Molecular Biology and Biotechnology Laboratory, headed by Professor Rena Balzan, through the use of tiny, single-celled organisms known as yeast. Baker’s yeast has long been recognized as an important experimental model for studies of disease and potential drug therapies since it boasts several advantages for research and exhibits the same basic structural and functional features of human cells. In fact, in our lab, yeast cells have proved themselves very useful to study cell death mechanisms triggered by aspirin, so as to acquire a better understanding of its cancer-preventive effects.

Our past work has already shown that in mutant yeast cells with low tolerance to oxygen-associated stress (much like early-stage cancer cells), aspirin causes numerous forms of critical damage to the cellular power-generators known as mitochondria, resulting in cell death. Our ongoing research, currently financed by the Malta Council for Science & Technology, through the R&I Technology Development Programme (Project R&I2015001), has underlined even further mechanisms of how aspirin causes the lethal operational shutdown of mitochondria in stressed yeast cells. Essentially, in these cells, aspirin halts production of a metabolic compound that is critical for energy production, and its transport to the mitochondria. Starved of this fuel compound, mitochondria can no longer operate to produce the energy needed for cell survival, consequently shutting down and causing cell death.

These findings reinforce the role of mitochondria as critical targets of aspirin in stressed yeast cells, but not in normal healthy cells, and suggest that aspirin may behave similarly in early-stage cancer cells. This should provide further insight into aspirin’s cancer-preventive mechanisms and contribute to the design of more effective cancer chemotherapies in the future. 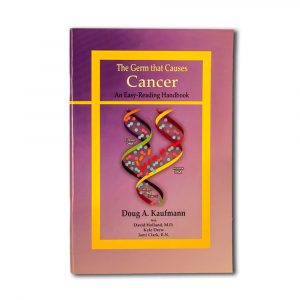 THE GERM THAT CAUSES CANCER

This handbook is a quick read that introduces the concept of fungus and it’s link to cancer, confessions of a former chemotherapy sales representative, and the perspective of a physician who answers the question, “What would I do if I had cancer?”

Get It In Our Bookstore

References
Gianluca Farrugia is a post-doctoral researcher at both the Centre for Molecular Medicine and Biobanking and the Department of Physiology and Biochemistry, University of Malta. https://www.timesofmalta.com/articles/view/20180701/life-features/unearthing-aspirins-cancer-preventive-mechanisms.683287