I Started The Diet And I Feel Worse! 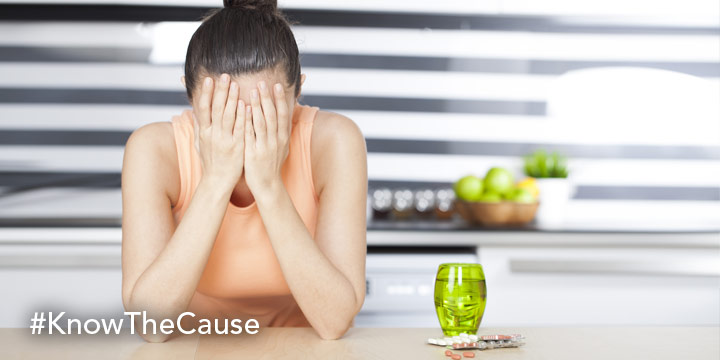 Have you started the Kaufmann Diet and feel worse than before you started?  Many people find Know the Cause because they have dealt with health symptoms for years, and often, traditional methods of treating these symptoms have been inadequate. Many people are searching for answers, and many wonder if fungi, yeast or mold could be playing a role in the symptoms they are experiencing.

Mold, yeasts and fungi are well-documented as causing humans symptoms and illness, and often when these organisms are the cause of health problems, an accurate diagnosis can be difficult. Most physicians do not recognize problems caused by these organisms as being common, but some of that has to do with the fact that problems associated with yeast and fungi are not emphasized in medical school. Regardless, there is medical literature supporting the fact that fungi can play a role in a myriad of health problems, including skin problems and allergies all the way to diseases like cancer and diabetes.

The goal of The Kaufmann anti-fungal program is to address any potential underlying fungal problem while supporting the body nutritionally. To do this, yeast and fungi’s food of choice is removed––sugar. Sugar comes in many forms, including the simple carbohydrates found in grains, bread, pasta, potatoes and the sweeter varieties of fruit. Foods known to be contaminated with fungal poisons, such as corn, peanuts, soy and other foods are removed, as well.

Often times, though, people who begin the Kaufmann Diet program actually feel worse than they did before. Sometimes, symptoms get worse or intensify, and a flu-like feeling can set in, making people wonder if it is the diet that is making them feel terrible. Ironically, this is a good sign!

This reaction is known as a Herxheimer reaction. This reaction occurs when the diet begins to do its job and underlying yeasts and fungi begin to die off. As they die, they will release toxins into the blood stream, temporarily making people feel worse. Usually though, this type of reaction only lasts for a few days, and as you continue on the diet, these symptoms will subside entirely. Everyone is different, and it may take longer for some, but many people report feeling much better after a week or two on the diet. Many often report relief from symptoms that have plagued them for years. Many people report more energy, clearer thinking and effortless weight loss––but it is necessary to push through this temporary reaction.

So, if you begin The Kaufmann Diet and initially feel worse, it is likely a good sign that the diet is both working and you have discovered what may have been causing your health problems all along.

How to plan a week on the Kaufmann Diet