Doug Kaufmann, the host of the popular TV show, Know The Cause, became interested in the subject of fungus as it pertains to disease while working in the area of food allergy.
Doug was a U.S. Navy Medical Corpsman attached to the 7th Marine Division in 1970. Upon coming home from Vietnam in 1971, he had strange symptoms that until the early 1980’s, he thought were related to food allergies. A research paper in 1980 entitled “Antigenically Intact Food Macromolecules Exiting The Gut Lumen” offered insight into the role of the terrain of the intestines in food allergies. As long as the intestines leaked, which is not uncommon, food allergies tend to change as the diet changed. After studying the reason that foods were able to leak through the intestines, Doug saw the role of fungus in provoking both symptoms and diseases. As it turned out, whether it was yeast in alcoholic beverages, mold by-products of medications like commonly taken antibiotics, or mere fungi like mushrooms,  a link to illness, unknown to physicians, became apparent.
Doug has authored 12 books on the subject of fungus and ill health. Each book tells of the diets he developed (Kaufmann 1 and Kaufmann 2) that actually serve to starve the body of parasitic fungi, while simultaneously providing proper nutrition for those following it.  His books expound on the many safe nutritional supplements that have antifungal properties as well as antifungal medications familiar to physicians. 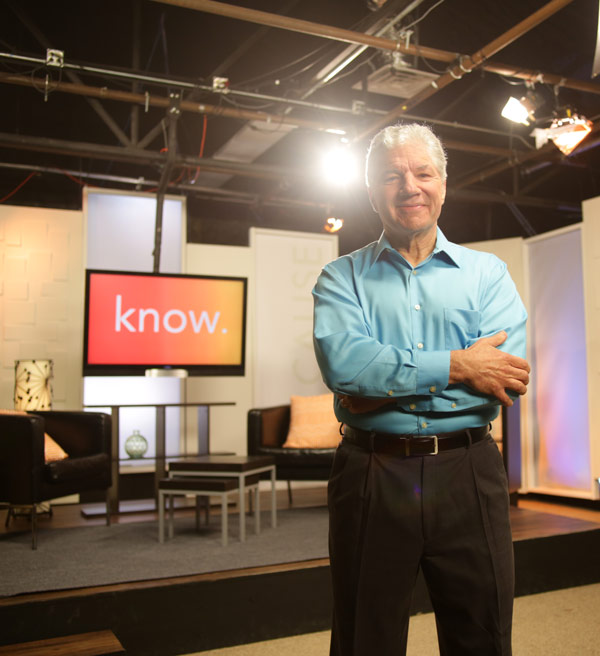 Doug worked in clinical nutrition with various physicians for 22 years. His media career was launched in the late 1980’s when he began a local radio show in Dallas, TX that became syndicated a few years later. Radio gave way to television in 1998, when he launched the TV show “Your Health.” The name changed in 2004 to “Know The Cause.” Thanks to wonderful sponsorship from nutritional and health companies that Doug trusts, the show has become the most widely distributed show of its kind. Today his show airs in every zip code in America via WGN America and other networks and independent stations. In February 2019 Know the Cause became a global TV show, currently available in 200 countries and approximately 400,000,000 global households. His production team always finds ways to enlighten and educate viewers of the wide range of health problems associated with fungi.

Can Doug Answer My Questions?

For 22 years Doug consulted with physicians’ patients. What once took an hour per patient, totally changed, when his media career was launched in the 1990’s. He can now reach hundreds of thousands of doctors’ patients within that same one-hour, through his television show. Know The Cause airs 60 unique 30-minute shows monthly that Doug writes segments for. In addition to writing and taping those, Doug spends about 10 hours monthly airing live social media programs in which he responds to viewers’ questions. These live shows have become very popular.

In addition to the information you can get via the TV shows, the live social media shows, and the books, you can also check out our health blog and recipe section on the website. Also be sure and join us on Facebook and YouTube.

Where to Find The Television Show

The Know the Cause Television show is the most viewable health talk show in America. With distribution on Dish TV, Direct TV, and in major markets in New York and Los Angeles. Check your local listings for availability, and don’t forget if you happen to miss a day, you can always find the daily show right here on our website! You can always get your daily dose of Doug!