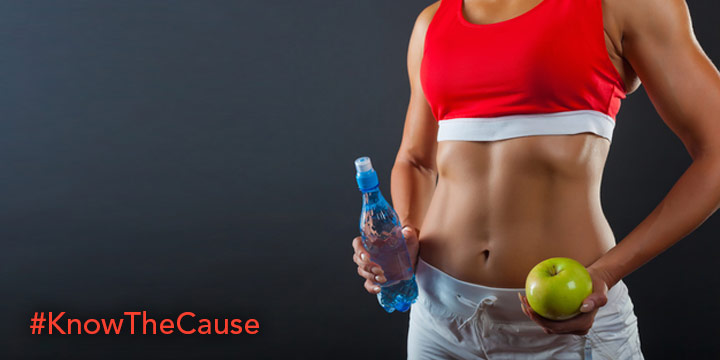 Scientists say that exercise prevents cancer; what does this mean for The Fungus Link To Cancer?

Exercise is a critical component of health; our bodies were designed to move, and when they don’t, it becomes much easier to develop a number of different diseases. People usually associate lack of exercise with heart disease, but this is not the only disease sedentary lifestyle can promote. Increasingly, scientists are telling us that a lack of exercise promotes the incidence of cancer.

For years, heart disease has been the number one killer of Americans, trailed closely by cancer. Cancer, it seems, is poised to overtake heart disease in the near future, and one of the biggest drivers of this trend is thought to be the epidemic of obesity. Exercise influences a number of factors that can affect our risk for cancer, but scientists think that among the most noteworthy is that exercise helps us in controlling weight.

So among the legion of other health benefits, exercise can help keep weight low, thus preventing many of the associated problems of being overweight which can lead to cancer.

Interestingly, many people who think they might have an underlying problem with yeast often suffer from many of the same problems, including problems regulating insulin and heightened inflammation. Interestingly, an anti-fungal diet, such as The Kaufmann Diet, is known to positively influence these problems and assist dieters in losing unwanted weight.

One of the similarities between fungi and cancer––outlined in the handbook, The Germ That Causes Cancer, by Doug Kaufmann––is that both cancer and fungi thrive in anaerobic environments. One thing that exercise does is help flood the body with oxygen; perhaps this has something to do with why exercise is implicated both on an anti-fungal program and for its benefits against cancer.

The fact that cancer is both prevented by exercise and can have a positive effect on preventing the recurrence of cancer certainly reaffirms the idea that exercise is a necessary protocol for good health. If you want to take the effectiveness of exercise one step further, consider beginning an exercise program in tandem with The Kaufmann Diet, which is an anti-fungal program. Cancer and fungi share a number of similarities that lead one to believe that the link between the two might be more profound than what is often assumed. Interestingly, what is good against yeast and fungi is often good against cancer, as well, and exercise is no exception to this.

How to Start An Exercise Regimen