Does Red Meat Cause Health Problems? 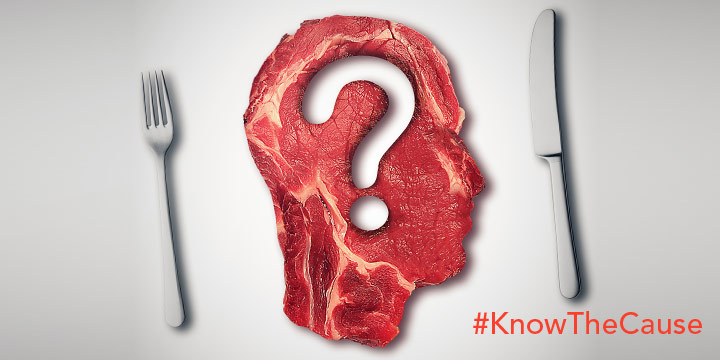 Does red meat cause diabetes? Or are researchers missing something?

Naturally, one would assume that any diet that had the aim of promoting health would eschew red meat entirely. The Kaufmann Diet, however, does not. In fact, red meat is generally encouraged.

Let’s cut into this.

Red meat is defined as meat from cows, bison, and lamb. It also includes pork.  Red meat is generally, well, red in color. Red meat is generally high in protein–in fact, it is one of the densest sources of protein available ounce for ounce. Typically, it is high in iron, B vitamins, and other vitamins and minerals––some that are difficult to obtain from other sources.

So what is it about red meat that has researchers warning us away from it? Typically, the saturated fat content is what we are told makes red meat unhealthy.

Let’s look more closely at the research too. Red meat is generally what makes up processed meats––these are foods like cured meats, hot dogs, sausages, lunch meats. All of these foods are chemically laden with additives, preservatives, ingredients like MSG and nitrites––which we have known since the the early 20th century increase the risk of cancer. Furthermore, cured and aged meats are often contaminated with mycotoxins––poisons left behind by fungi that grow on these foods.

Processed meats are rarely distinguished from unprocessed red meats in research. In other words, researchers are equating a hot dog with a filet. This doesn’t seem like a fair comparison.

So was it the saturated fat, or the additives? Or, was it the mycotoxins?

Furthermore, no distinction is made between factory farmed meat and grass-fed beef. Cows, bison, and lamb are all ruminants, meaning their natural diet consists of grasses. Factory raised animals are routinely fed grains and corn, which are unnatural for these animals. Often, they are fed antibiotics and given steroids to promote their growth and to prevent infections in the squalid conditions in which they are raised. The result, as you can imagine, is much less healthy meat. Factory raised meat is much lower in omega 3s, vitamins, and minerals. Their meat is much more likely contaminated with mycotoxins, because their feed is often moldy and potentially contaminated with mycotoxins as well.

Be careful when you read studies or subsequent headlines demonizing red meat. On the Kaufmann Diet, stick to unprocessed red meat products, preferably grass-fed and organic. We feel that these elevate health and are a healthy part of your diet.

How To Shop For Meat

Tips For Purchasing The Healthiest Meat

PrevPreviousAre Diabetes and Alzheimer’s Linked to Fungus?
NextFocus On Your Gut HealthNext