Do You Need To Track Calories To Lose Weight? 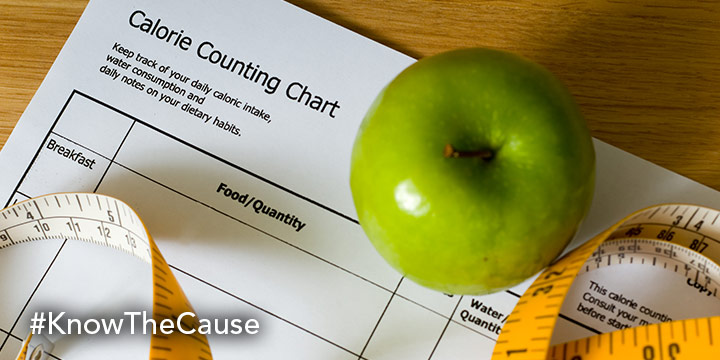 This cumbersome task is recommended on many diets, but is it necessary?

Calorie tracking has become popular enough that, yes, there’s an app for that. Counting daily allowances for calories is a large part of many different diets, and on the surface it makes a lot of sense: If you eat more calories than you expend, your body must store those calories as fat, thus you will put on weight. Many diets recommend any number of calorie tracking apps available on smart phones to help make this rather cumbersome task a little easier.

In some instances, this really works; some people have tremendous success in sticking to this routine. But does it tell the whole story?

If it did, diets that restrict carbohydrates likely would not be as fashionable as they are. Many of the diets that restrict carbohydrates allow dieters to lose weight without keeping track of total daily calories at all. Often, these dieters eat plenty of food, rarely feel hungry and do not limit themselves to the amount of food they eat within reason. This tells us that perhaps metabolically, losing weight can be more complex than simple input vs. output.

The Kaufmann Diet exists to starve fungi, and it can be very effective towards this end. Subsequently, many dieters lose significant weight after following the Kaufmann Diet for a period time, regardless of whether they track the number of calories they eat in a day or not. What this tells us is that perhaps yeasts and fungi in the body may play some role in the incidence of weight gain; otherwise, a diet designed simply to starve yeasts likely would not be as effective as it is for weight loss. The analogy is that what makes bread rise might make people rise too––yeast!

Yeast and fungi also emit toxins that can disrupt hormones. This complex metabolic interaction may be another reason why so many people suffer from weight gain and have a difficult time doing anything about it.

Consider a popular estrogen-mimicking product given to cows to––you guessed it––assist them in putting on weight. This product is called Ralgro, but its scientific name is zeranol. Zeranol is derived from the fungal poison called zearalenone. Zearalenone is known to disrupt hormone function, and scientists use these characteristics of this poison to promote weight gain in cattle. (It is worth noting that the European Union has banned this product and any foods containing it, yet its use is still prevalent in American farming. This is one reason why it is recommended to buy organic or preferably grass-fed/finished beef.)

On The Kaufmann Diet, you are eliminating foods that promote fungal growth and foods known to be contaminated with fungi and their poisons. Once these are eliminated, many dieters lose significant weight regardless of whether they track calories or not. Is tracking calories a good tool? For some it might be. Once you start eating the right foods, however, you may find you do not need to keep track of your total calories after all.

PrevPreviousSharon’s Spaghetti
NextHow Long Should I Stay On The Kaufmann Diet?Next