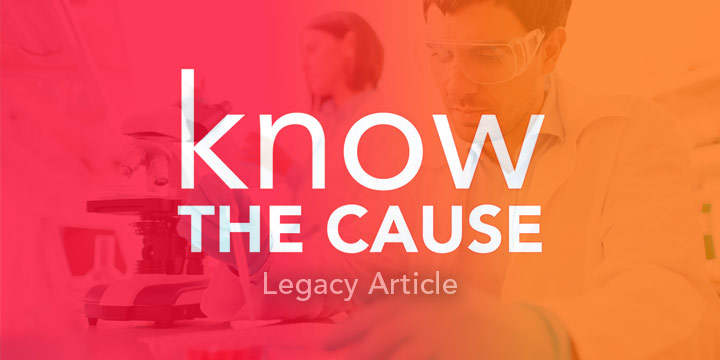 Q What causes cancer?
A All cancers are thought to be caused by gene mutations. In the largest survey of its kind, an international team comprising over 60 scientists from the UK, Hong Kong, the Netherlands, Belgium, USA and Australia, working for the Cancer Genome Project, examined more than 500 genes and 200 cancers and sequenced more than 250 million letters of DNA code.

Q Can fungus cause cancer?
A We tend to think of fungus as mushrooms. Certainly no one would believe that mushrooms, a harmless vegetable on most American dinner tables, could cause cancer, but mushrooms have never been a vegetable. Mushrooms are fungi. In Chapter 19 of their book Breast Cancer, Hope at Last, three physicians list 6 interesting papers that seem to link mushrooms to human-type cancer in animals. Often, however, it is not the fungi itself that can promote cancer, rather their natural secondary byproducts, called mycotoxins.

Q Can mycotoxins cause cancer?
A Yes they can and they do. According to the Cornell University Department of Animal Sciences, one mycotoxin, known as Aflatoxin, indisputably causes cancer in animals; “The induction of cancer by aflatoxins has been extensively studied. Aflatoxin B1, aflatoxin M1, and aflatoxin G1 have been shown to cause various types of cancer in different animal species. However, only aflatoxin B1 is considered by the International Agency for Research on Cancer (IARC) as having produced sufficient evidence of carcinogenicity in experimental animals to be identified as a carcinogen.”

Q Can mycotoxins cause the type of gene mutations seen in cancer?
A Yes, they can. Go to www.pubmed.org and simply ask that question. When NIH issues grant money, research data is published on this website…so let’s ask them. 221 research papers appear when the search engine receives this information; mycotoxin induced DNA mutation.

Q Why don’t our Oncologists and Researchers know this?
A Medicine is very slow to evolve. Some feel that animal studies do not translate to humans, so inducing cancer in lab animals with mycotoxins, they contend, would not necessarily mean the same mycotoxin would induce human cancer. I believe this is terribly naïve and encourage humans not to wait for human studies that undoubtedly will prove the fungus link to cancer, rather be proactive now to avoid exposure to fungi.

Q Can’t they learn this in any microbiology class in medical school?
A In 2007, the Academy of Microbiology published this statement about fungi; “Fungi are the cause of many outbreaks of disease, but are mostly ignored. Fungi can cause a number of life-threatening diseases…Many people, scientists among them, are largely unaware.” Do not expect a doctor to know of the fungus link to symptoms or diseases.

Q Are humans exposed to mycotoxins?
A Fungi are everywhere but probably most dangerous right under our noses. The inhalation of toxic molds can represent a serious health threat to us all. Drs. Wang and Groopman stated in 1998, and others since, that mycotoxins commonly contaminate human food. Avoidance of peanuts and grains, including sugar, and alcohol at very least minimizes fungal and mycotoxin exposure.

Q What causes cancer?
A Our own lifestyle choices.

PrevPreviousWhy Are Americans Always Sick?
NextHas Know The Cause Made an Impact?Next