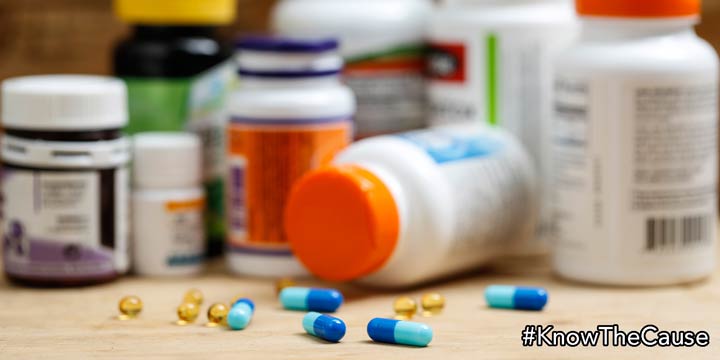 Attack Fungus And Yeast On All Sides With This Simple Regimen

With the goal of both eliminating pathogenic fungi from the body and minimizing the risk of exposure to mycotoxins, it is important to use every tool available. Pathogenic fungi and yeasts are insidious organisms linked to a wide variety of health problems. Often, people who suffer from these types of underlying infections are afflicted with difficult-to-diagnose issues for years before discovering that yeasts and fungi lie at the root of their problem.

If we are to eliminate pathogenic yeasts and fungi in order to begin the healing process, your diet must be addressed; this is the goal of The Kaufmann Diet. However, after your diet is properly addressed, there are still some other tools we have available to us that can assist us in eliminating these organisms from our body. These come in the form of antifungal supplements.

Antifungal supplements are not to be confused with prescription antifungals available. These, obviously, require a doctor’s prescription. Since most physicians are not particularly familiar with just how virulent these organisms are––and many remain unwilling to consider that yeasts and fungi can play a role in serious symptoms––these often do not constitute a first-line defense for people on the Kaufmann Diet.

Of course, since these are also powerful medicines with potential side effects, it might be wise to try something more natural, in the first place, if possible.

Surprisingly, many natural antifungals perform just as well as prescription Antifungals at killing yeast, and are usually far safer than prescriptions!

The supplements below represent a small portion of the anti-fungal supplements available, but they are among the best. Ideally, these would be taken as directed for the entirety of the bottle, at which point you should switch to a different anti-fungal.

Oil of Oregano
Oregano has been used for thousands of years medicinally, but the oil of oregano, in particular, has some very potent Anti-fungal properties. It can be found in capsules, but some people opt to take the oil under the tongue. The taste is strong, but the benefits are profound!

Caprylic Acid
Caprylic acid is a fatty acid derived from coconut oil, which is, itself, potently Anti-fungal and perhaps beneficial for topical fungal problems. Caprylic acid can be taken internally and is an excellent yeast-killer.

Psyllium Hulls
Psyllium hulls is a non-soluble fiber; this means what goes in, must come out. It does not necessarily kill fungi or yeast, per se, but it is beneficial for maintaining regularity, but it has another unique characteristic that makes it particularly beneficial for an Anti-fungal supplement regimen; psyllium hulls binds to mycotoxins and assists in sweeping them out of the gut.

This is important; as one begins to eliminate pathogenic fungi, often times people report feeling worse for a period of a couple weeks. As fungi and yeast are starved and/or killed, they release some of the toxins. Psyllium can assist in ridding the system of these and other toxins.

Unlike the other supplements mentioned––which would ideally be rotated––psyllium is a supplement that can be used regularly.