White Foods And Why You Should Avoid Them 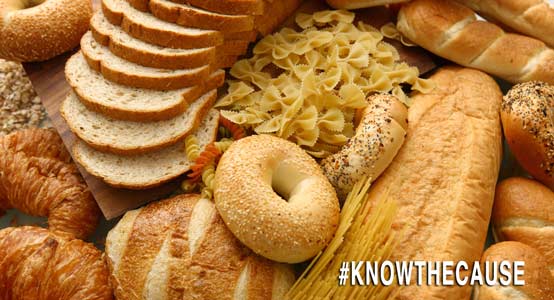 There is a common trope amongst health types that says, “If you want to lose weight, avoid white foods.” But what exactly are white foods? Why should you avoid them? And does this have anything to do with the Kaufmann 1 Diet?

“White foods” is a blanket term given to carb-heavy and heavily processed foods, such as sugar and white flour. These types of food include, bread, pasta, potatoes and anything made with refined sugar. These kinds of foods are the kind that constitute a good portion of Americans’ diets, and they are the kind that have largely been implicated in the obesity epidemic. They are typically highly caloric and contain very few vitamins, minerals, proteins, healthy fats or fiber. These foods have come to be universally reviled amongst health-types and those trying to lose weight.

The Atkins Diet was one of the first to popularize the notion of “carb-cutting” to lose weight. While the Atkins Diet wasn’t without its faults, people did experience dramatic weight loss while on the program. Many other diets have since used the technique of cutting carbohydrates, including the Kaufmann 1 Diet. However, philosophies over why cutting carbohydrates promotes health and weight loss differ.

The fungus-link theory contends that pathogenic yeasts and fungi may be at the root cause of your weight gain. Pathogenic yeasts can gain access to the intestine if the internal flora is out of balance. From there, they can influence your cravings for certain foods. Fungi’s favorite food source is sugar, meaning that the proverbial “white foods” would be exactly the kinds of food fungi would crave.

Conversely, dietary measures to starve these fungi––i.e., excluding all sugary and carbohydrate laden foods––not only helps stop cravings for such foods, but results in rapid weight loss, as well.

The Kaufmann 1 Diet seeks to starve pathogenic fungi while limiting exposure to their mycotoxins. Mycotoxins are fungal poisons that research has shown can contaminate certain food stuffs. The foods most likely to be contaminated are grains––many of which are processed into “white foods”, corn, peanuts and pistachios. Therefore, removal of white foods from the diet aids in preventing mycotoxin exposure, as well.

White foods are foods you should avoid while on the Kaufmann 1 Diet. Not only will avoiding them likely aid in weight loss (The Kaufmann 1 Diet is perfectly suited for rapid and sustained weight loss), but avoiding such foods will assist in starving pathogenic yeasts and avoiding exposure to virulent mycotoxins.

Easing Into The Kaufmann Diet

The First Week On The Kaufmann Diet