Valentine’s – Much More than a Card, Candy or Flowers! 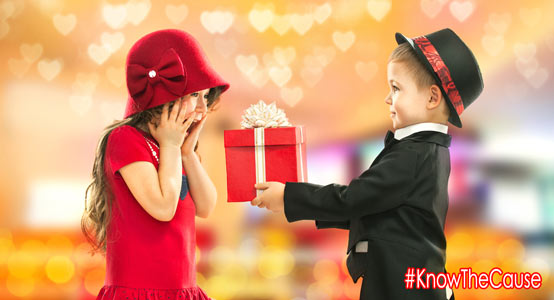 Valentine’s Day every February 14th celebrates love. While we share greeting cards, candy and red roses; who was Valentine and what was the inspiration for the holiday?

Valentine’s Day began as a religious day of remembrance as Saint Valentine’s Day. While celebrated in many nations around the world, Valentines’ is not a national holiday in most, including the United States. Retailers selling cards, candy and flowers would disagree!

But who was Valentine? Valentine was not a “he” but a group of “them.” There were a number of Christian saints with the common name in ancient history of “Valentinus,” although the name is no longer in the top 10,000 male names of choice of new mothers! Not yet anyway.

The most probable star Valentinus was Saint Valentine of Rome who, tragically, was martyred about 496 AD on February 14th by the Roman Emperor, Claudius II. According to the story, Saint Valentine wore a purple amethyst ring with an image of Cupid engraved on the stone; a type of ring typically worn by only Christian Bishops at the time. Amethyst, perhaps coincidentally, is now the birth stone of February.

Cupid, then as now, was recognized as a spiritual and legal symbol associated with love. Upon seeing his ring with Cupid featured, Roman soldiers would ask Valentine to perform their marriage ceremonies, although illegal for soldiers due to an edict of no soldier marriages from the heartless Emperor.

The soldiers and persecuted Christians of that time married by Saint Valentine were reminded of God’s love and their marriage vows by Valentine giving them hearts he cut out from parchment. Thus the alleged origin of hearts as a symbol of love is attributed to Saint Valentine.

However, before Valentine’s execution, the Roman Emperor, who liked Valentine, personally tried to convert Valentine to Roman paganism to spare Valentine’s life, but Valentine refused and expired as a devout Christian on what was to become Valentine’s Day on February 14th.

During Valentine’s imprisonment prior to execution, the legend tells us Julia, the daughter of his jailer, Asterius, was healed by Valentine from blindness. Julia and 44 members of the jailer’s household of family and servants all became Christians and were baptized after witnessing the miracle of the healing of Julia. Prior to Valentine’s execution, he wrote a letter from jail to Julia who could now see, which became the first valentine signed, “Your Valentine.”

Julia after the execution planted an almond tree near Saint Valentine’s grave, with the almond tree remaining a symbol of love and friendship even today. As a religious relic, Saint Valentine’s flower-crowned skull can still be viewed in Rome, Italy at the Basilica of Santa Maria. No thanks!

Frankly speaking, whether legend or reality, the story of Saint Valentine is a story that symbolizes the value and importance of “love one another;” an attitude and daily expression toward each other we so desperately need in the world today. Happy Valentine’s!