Think About the Drugs You Swallow 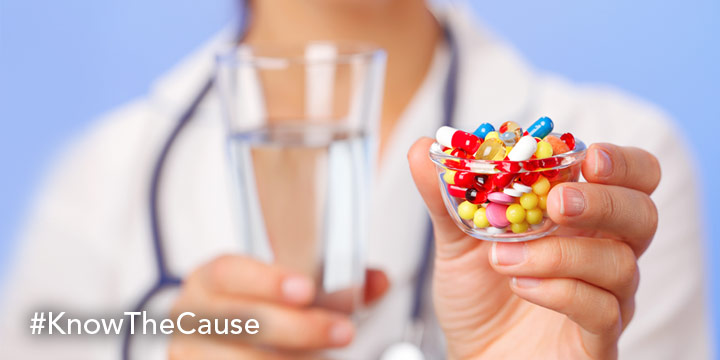 An English paper recently reported (read report) that certain common drugs you might be taking for depression, breathing problems, bladder problems, stomach problems, allergies and/or symptoms of Parkinson’s disease might be increasing your risk for dementia!  They are called “anticholinergic drugs.”

As you may know, I happen to believe  that many cases of depression, breathing problems, bladder problems, stomach problems, allergies and/or symptoms of Parkinson’s disease are related to fungal byproducts found commonly in our air, food supply and medications.

If you take drugs and aren’t interested in a lifestyle change, but you’re curious to know if your health problems are linked to these fungi, you might ask your doctor to consider helping you get off of drugs that might cause dementia and get on antifungal drugs like Sporanox, Lamisil, Griseofulvin or Thiabendazole.

You see, only a small handful of antifungal drugs exist, and these four antifungal drugs have been published as helping people with a disease that I believe is intimately related to fungus; cancer.  If doctors don’t know that fungi play a role in cancer, they certainly won’t know it may play a role in your illness like depression, breathing problems, bladder problems, stomach problems, allergies and/or symptoms of Parkinson’s disease, either.

Fungus is called “the great masquerader” because it mimics so many diseases.  Be careful with drugs that might be neurotoxic enough to provoke dementia. Ask your doctor if he/she would prescribe antifungal drugs instead for a few weeks.  If they work, you may have a fungal condition that doesn’t need to be treated the rest of your life.  Often, diet helps people with fungal illnesses!