Should You Use Medicinal Mushrooms? 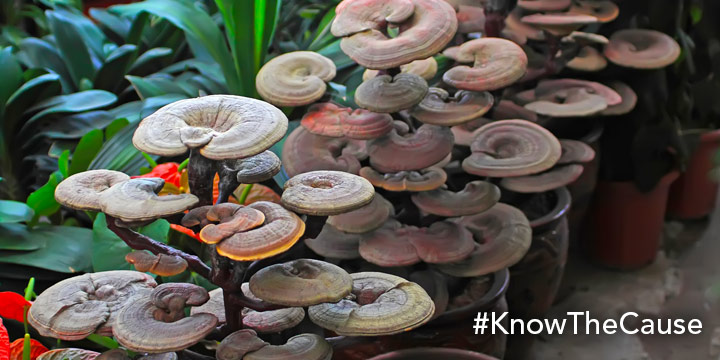 Mushrooms are off limits on The Kaufmann Diet; but what about medicinal mushrooms?

Certain mushrooms are thought to be medicinal, and have been used as such in this regard for many years. Many consider medicinal mushrooms as a staple of integrative and alternative health protocols.

But the Kaufmann Diet strictly prohibits consuming fungi of any kind, including mushrooms that are considered edible or even medicinal. But why would a diet designed to promote health restrict foods with purported health benefits?

It helps to know a little about why The Kaufmann Diet works, and a little more about mushrooms and fungi in general.

The Kaufmann Diet limits foods that could potentially feed or exacerbate any existing fungi or yeast inside the body that may be contributing to health problems. These are yeasts like candida with documented, negative health effects; it is well known that foods high in sugar and simple carbohydrates can make these sorts of yeasts flourish. Subsequently, those foods (i.e., sugar, bread, pasta, potatoes, etc.) are restricted.

Second, the Kaufmann Diet eliminates foods that might be contaminated with poisons known as mycotoxins. Mycotoxins are natural byproducts of molds, yeasts and other fungi that can be harmful. These include a wide array of poisons that can have severe health effects; sadly, there is evidence that these may be more common in parts of our food supply than many would assume.

Fungi emit these poisons for a variety of reasons when the conditions are right. These conditions include temperature and moisture levels and other factors that can affect how fungi grow and proliferate. Interestingly, there is some evidence that even fungi that are considered edible might produce mycotoxins under the right circumstances. This is among the reasons why mushrooms are eliminated entirely from The Kaufmann Diet, even medicinal mushrooms.

Some might argue that even if a risk exists with medicinal mushrooms, they still might contain some benefits––why not include them? This is true for other foods on the Kaufmann Diet too, such as sweeter varieties of fruits; these foods are full of nutrients that promote health, why are they not included in the diet?

The Kaufmann Diet eliminates these foods, because yeast and fungi may very well be an enormously overlooked cause of health problems; to fully address those health problems, you must address the underlying yeast and fungi, and to do this necessarily requires eliminating certain foods and contaminants from the diet, even food with purported health benefits.

Often, people achieve a much higher level of health after following The Kaufmann Diet for a period of time.

The one caveat to this is a supplement called beta glucan. Beta glucan is derived from mushrooms but is a powerful immune system modulator. Beta glucan is one supplement that likely confers any benefit that would be associated with medicinal mushrooms without the threat of mycotoxin contamination and can be a powerful addition to your Kaufmann Diet regimen.