Oils on the Kaufmann 1 Diet 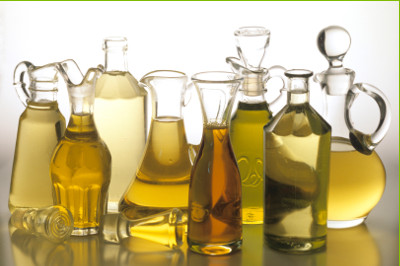 In the past, oils have been vilified for their high fat content; they were likely been blamed for more heart disease and obesity than they’re actually responsible for. And while it is true that some oils such as hydrogenated oils undoubtedly contribute to poor health, science has found other types of oil to be quite healthy.

The Kaufmann 1 Diet discourages some kinds of oils. Hydrogenated oils are good to exclude – these trans-fat laden bad guys have proven to be deleterious for health. Other oils would be oils extracted from foods that aren’t on the Kaufmann 1 Diet, such as corn oil, peanut oil and soybean oil. Vegetable oils are typically good to avoid, as well as canola oil, which is often derived from genetically modified sources.

So what oils can you eat on Kaufmann 1?

There really are a legion available that are OK. Olive oil is an obvious choice. Olive oils are good both to raw and to cook with. You’d be hard pressed to find a nutritionist out there that would recommend against using olive oil for a variety of culinary applications. (Or a chef, for that matter.) Find a good, organic, cold-pressed extra-virgin olive oil, and it is your best friend on salads and in the pan.

Other common recommendations at KTC are cold-pressed virgin coconut oil, grape seed oil and flax oil. These all have a variety of applications and do better with different kinds of foods and cooking, so do some research.

There are also seed oils, such as pumpkin, sunflower and sesame sees oils that are OK for Kaufmann 1. These will impart particular flavors to foods, and probably aren’t as versatile as something like olive oil.

There are definitely more oils available than every before on grocery shelves, and they seem to be getting a little more exotic. It isn’t uncommon to find oils made from avocado, macadamia, walnut or almond. These are great for Kaufmann 1 applications, as well. However, like the aforementioned, they’ll impart their own flavor to food and are typically more expensive.

There are general rules to follow with oils, such as keeping in mind the smoke point. If you are cooking with a particular oil and it begins to smoke, the oil you’re using is going rancid and disintegrating into oxidants (the opposite of those health “anti-oxidants” we hear so much about…). It will also impart a nasty flavor to whatever you’re cooking in. All oils have different smoke points that even vary from brand to brand of the same product, making them conducive to different kinds of cooking, so be cognizant of that.

Also, certain oils, such as flax oil, go rancid more easily than others, so be careful about where and how long you store certain oils.

There are also the supplemental oils we talk about. Fish oil is one, and the benefits of this oil continue to be proven by science. In fact, it is so effective at promoting heart health, drug companies have been manufacturing prescription-grade forms of the stuff for a few years now! Oregano oil is another we recommend. It is a powerful anti-fungal agent, both internal and topically. Tea tree oil is another excellent topical anti-fungal. These oils aren’t necessary oils you’d cook with, but they are Kaufmann 1 approved oils, nonetheless.