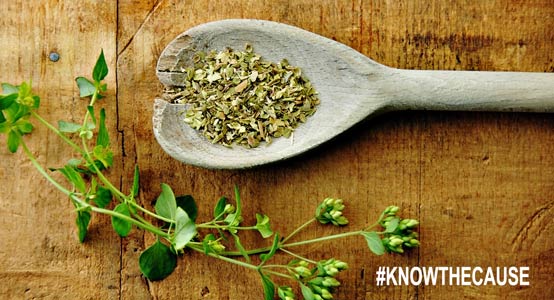 Hippocrates, the man lauded with the title of “The Father of Medicine”, is also credited with coining the phrase, “Let food be your medicine and medicine be your food.” This wisdom aligns itself perfectly with the philosophy of the Kaufmann 1 Diet, which seeks to promote health by using dietary measures to rid the body of pathogenic yeast, fungi and limit exposure to their mycotoxins. While drugs can assist towards this end, diet remains an effective, safe and natural way to try to accomplish this.

The idea that yeast and fungi may cause serious health problems was once regarded as fringe, but it has gradually become more mainstream. Thousands of testimonials of people who have had success with an anti-fungal program give weight to the notion that fungi and mycotoxins may play a role in health problems. This is why the Kaufmann 1 Diet was developed––to give people a natural way to mitigate the effects of fungi and their poisons.

The Kaufmann 1 Diet drastically limits intake of sugar and carbohydrates, which immediately turn to sugar upon digestion. Specifically, grains (sugar, itself, is a grain), corn, potatoes and anything made with those ingredients are eliminated from the diet. Gone also are the sweeter varieties of fruits and any alcohol. These measures eliminate a good portion of what many people eat every day. Instead of sugars and carbohydrates, The Kaufmann 1 Diet encourages vegetables, healthy meats, nuts, eggs, healthy fats and oils, and a few varieties of fruit. 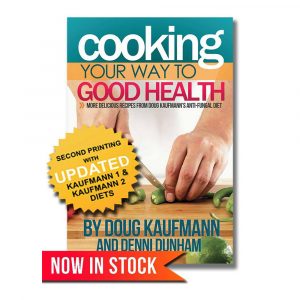 These two dietary measures work together to mitigate the risk of fungal health problems, which are rarely implicated in a doctor’s office.

Another component of the Kaufmann 1 Diet is the introduction of natural anti-fungals into the diet. Many foods exhibit strong anti-fungal activity, and these are foods we would like to encourage while conforming to the diet.

Oregano is one of those foods. Oregano has been used as a spice for thousands of years, and has long been revered for its medicinal qualities. It is referred to as hyssop in the Bible. It is a staple flavor in a variety of world cuisines.

Concentrated oregano oil has known effects against Candida and other types of yeast and fungus. It also exhibits anti-viral and anti-bacterial effects. Oregano oil is sold and used supplementally, both as an internal and topical agent. It remains a great addition to The Kaufmann 1 Diet.

While oregano and oregano oil are great supplemental tools to have available, let’s not forget that it actually tastes great and works wonderfully as a flavorer of food. Try finding fresh, organic oregano, grinding yourself and using in a variety of foods. It is a fantastic way to allow your food to be your medicine and your medicine to be your food!

PrevPreviousSeizures and Fungus
Next4 Remedies To Help With Seasonal AllergiesNext