Every so often, a new product comes on the market with some fairly bold health claims. These usually center around a “new” berry or seed or nut or formula that promises to fight against disease and promote vitality.

Often, these claims are rooted in at least a grain truth; scientific research continues to support the the beneficial claims of nutrients like Omega-3s, anti-oxidants, and probiotics. Including these nutrients, and especially the foods that they are found in, in your diet is a good idea and one that you definitely won’t suffer from.

However, what happens when foods that aren’t allowed on Kaufmann 1 have these beneficial nutrients in them? Is it OK – smart, even – to include these foods in your diet?

Consider the case of red wine; red wine has repeatedly been shown to contain high levels of anti-oxidants, especially the highly touted resveratrol. Experts encourage people to drink red wine in moderation to reap the benefits of the health-promoting nutrients therein. But what many people overlook (from a health perspective, anyway) is the fact that wine is fermented using yeast, and contains high levels of alcohol, which is by definition a mycotoxin. If you are new to this site, you can check out the volume of work Doug Kaufmann has compiled linking mycotoxins to ill health HERE.

Kombucha tea falls into the category mentioned in the first paragraph; this effervescent, fermented tea came on to the market and was immediately touted as a tonic capable of health miracles. Some purveyors claim that it can aid in cancer recovery and prevention, improve skin elasticity, and aid in joint recovery, among other things. Kombucha made a splash with Hollywood types because of its purported anti-aging benefits. I’ll admit to having tried it, and I have to say, I found the taste absolutely repugnant (which says a lot; I have a broad palate, and there are few foods that I turn my nose up at…).

Kombucha is made from a culture of yeasts and bacteria. The final product contains vinegar, B-vitamins and other chemical compounds. Sometimes, it can contain malic acid, a known anti-fungal. Suffice to say, there are some pretty solid compounds in Kombucha tea – again, the health claims are definitely rooted in an element of scientific truth.

There are some things that you should be aware of though, especially if you are drinking homemade Kombucha. Certain species of yeasts, including Candida and Saccharomyces species, are often used in fermenting process of Kombucha. These yeasts are known to have pathogenic mycotoxins that can affect your health in adverse ways. So even if you are drinking Kombucha in an effort to become healthier, you may be doing just the opposite, especially if you are already suffering from a fungal condition.

So, is Kombucha OK on Kaufmann 1? Probably not; the Kaufmann 1 diet seeks to avoid all yeast and fungi and their byproducts. The best way to do that is to NOT drink things made directly with yeast. It probably isn’t OK for Kaufmann 1, but when you graduate to Kaufmann 2, it certainly isn’t the worst thing for you, in moderation. But in the same way that you can get all the benefits of red wine from other sources that are Phase diet friendly, you could probably skip the Kombucha altogether and still find those same benefits elsewhere.

PrevPreviousCoffee and Kaufmann 1
NextMarketing and the The “All Natural” TrendNext 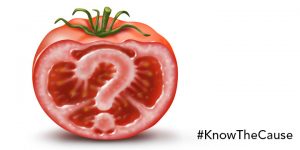 GMO Foods: Who has the final say?