I’m Lost! Is Alcohol OK To Drink Or Not? 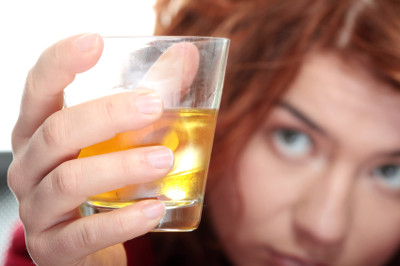 that an article in his medical journal taught him and thousands of other doctors that drinking alcohol was fine! He showed me the article and there it was!

“More than a dozen prospective studies have demonstrated a consistent, strong, dose-response relation between increasing alcohol consumption and decreasing incidence of CHD. The data are similar in men and women in a number of different geographic and ethnic groups. Consumption of one or two drinks per day is associated with a reduction in risk of approximately 30% to 50%.”

I wholeheartedly disagree with the medical experts on this one. I don’t care what their researchers say, I refuse to believe that drinking 2,880 bottles of beer or 22.5 gallons of wine annually is safe for anyone to consume, and recommending such consumption is, I believe grossly irresponsible. I may be wrong, but I see alcohol lobbyists all over this research. The Kaufmann 1 Diet disallows all alcohol-for a good reason. Many diseases are directly linked to alcohol consumption and whereas these same experts still don’t understand the link, I believe I do and its simple and logical; alcohol is a known poisonous carcinogen.

In 1989, The Council for Agricultural Science and Technology (CAST) published this information.

Alcohol is the mycotoxin of the Saccharomyces yeast-brewer’s yeast. Other mycotoxins besides alcohol can also be introduced into these beverages through the use of mold-contaminated grains and fruits. Producers often use grains that are too contaminated with fungi and mycotoxins to be used for table foods, so the risk is higher that you are consuming more than just alcohol in your beverage.

WRONG!!! A recent Yahoo.com article said this about alcohol consumption; “including drunk driving, alcohol-induced violence and abuse, and a multitude of diseases and disorders, alcohol causes one in 20 deaths globally every year, the UN health agency said. This actually translates into one death every 10 seconds,” Shekhar Saxena, who heads the WHO’s Mental Health and Substance Abuse department, told reporters in Geneva.”

The great news is that if you’re 21 years or older, you get to choose whether or not to drink alcohol-hey, it’s legal! Be a prudent medical consumer and know that death is inevitable, but premature death doesn’t have to be!