The Health Benefits of Tomatoes 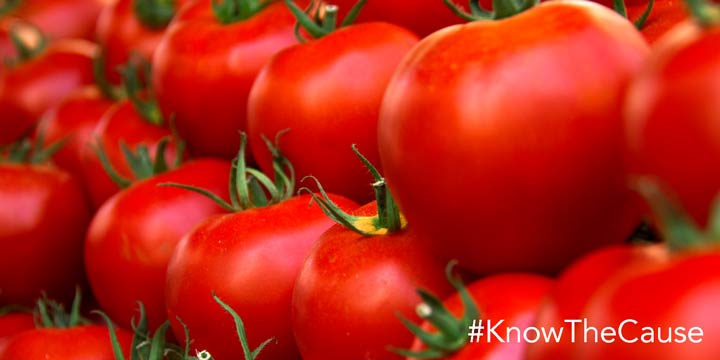 This Common Fruit Is Easy To Incorporate Into The Kaufmann Diet

Tomatoes are thought to be indigenous to the Americas, where the Europeans discovered them in the 16th century. Since they have been incorporated into cuisines from all over the world. The hundreds of varieties available today are cultivated all over the world. Today, you can find tomatoes at groceries stores year round.

Tomatoes are also known for their rich antioxidant content, making them an excellent food for the prevention of a variety of diseases. The antioxidants found in tomatoes include flavonones, flavonols (such as kaempferol and quercetin), and carotenoids (such as lycopene, lutein, zeaxanthain, and beta-carotene), among others.

Antioxidants work by fighting inflammation and repairing oxidative damage in the body. Among the diseases thought to be prevented by the antioxidants found in tomatoes are heart disease and cancer. Compounds found in tomatoes have also been shown to lower total cholesterol and triglycerides. Recently, it has been discovered that lycopene may help prevent bone loss in women.

Tomatoes are likely best known for their lycopene content, which is in part what give tomatoes their red color. (Look for varieties with the deepest red color to signify concentration of lycopene.) Lycopene is an antioxidant that is thought to play a role in the prevention of a number of diseases. Although tomatoes are not the only foods that contain lycopene, it is thought that the lycopene inherent in tomatoes is most easily absorbed.

(By the way, do we even need to mention that many of these nutrients are antifungal?)

An interesting fact about tomatoes is that cooking them can enhance their nutrient value. This means that many of the ways people enjoy tomatoes, such as tomatoes sauces, are just as nutritious as eating raw tomatoes, if not more so. Tomatoes are a versatile fruit that can easily be incorporated into cooking and can be enjoyed regularly on any Phase of the Kaufmann Diet.

Tomatoes are remarkably easy to grow at home. Many people grow their own organic tomatoes, and either can, preserve, or freeze them for year-round use.