Glyphosate, Roundup and Lawsuits: What You Should Know 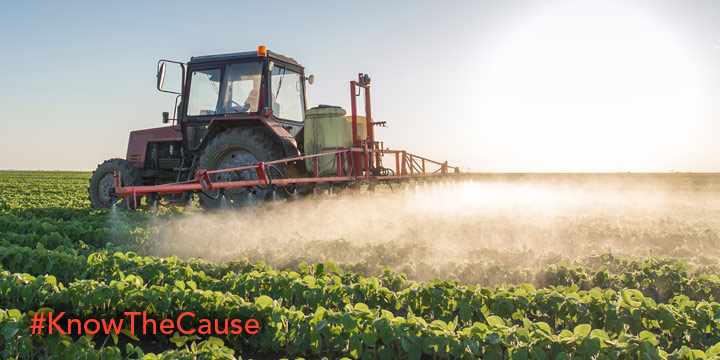 Have the agri-chem giant’s sins finally caught up with them?

Monsanto is one of the world’s largest and most reviled agricultural/chemical companies in the world. It is a manufacturer of a wide variety of toxic chemicals, including glyphosate, known by the brand name Roundup. Monsanto has left a legacy of harmful chemical production, denying that its products cause harm, suing farmers for any number of reasons and generally being one of the most justifiably hated corporate entities around.

Last year, Monsanto was sued for failing to disclose that its product, Roundup (glyphosate) could cause cancer. A sum of $289 million dollars (later reduced to $78 million) was awarded to the plaintiff, Dewayne Johnson, whose incurable non-Hodgkins lymphoma was thought to be caused by exposure to Roundup. Johnson was a groundskeeper at a school in California where he was routinely exposed to the chemical over the course of many years.

During the trial and since, Monsanto has continued to double down on it’s position that Roundup does not cause cancer. This is in spite of world wide expert opinion to the contrary, including organizations like the International Agency on Research for Cancer (IARC), who classify Roundup (glyphosate) as a probably human carcinogen.

Subsequently, the ruling in Mr. Johnson’s case has opened the door for over 13,000 lawsuits to be filed against Monsanto and its parent company, Bayer Pharmaceuticals in the United States. (Recently, the German pharmaceutical giant acquired Monsanto for $66 billion.) Despite Monsanto and Bayer repeatedly insisting that Roundup and glyphosate are safe products, many juries remain unconvinced, and many of these lawsuits have been successful. One man was awarded $80 million. Another couple––both lifelong landscapers and both diagnosed with non-Hodgkin’s lymphoma––were awarded a whopping $2 billion.

Glyphosate is one of the most widely used agricultural chemicals in the world. It is doused heavily on crops that have been genetically modified to be resistant to its effects. As much as 300 million pounds of glyphosate are used in the US annually, about 90% of which are used for agricultural use, the other for use in parks, playgrounds, etc. Concerns about exposure and other subsequent effects (like environmental contamination) are real and warranted. In addition to cancer, it has also been linked to other health problems, including non-alcoholic fatty liver disease.

Roundup and glyphosate have been a boon for the Monsanto company, and with the revelation that its product is harmful to humans, their behavior is eerily reminiscent of cigarette companies when they were confronted with irrefutable evidence their products caused diseases like cancer and cardiovascular diseases. If anything, the behavior of companies like Monsanto and Bayer are a testament to the fact that corporate greed still is a far bigger motivator than the health of the general public when it comes to the safety of the products that are allowed onto the market.

What Can You Do?

Obviously, it is recommended to not use Roundup or any glyphosate-containing product in your home. Also, buying organic produce will help ensure that your produce is not contaminated with glyphosate.

Many of the products that are most at risk for glyphosate contamination––such as soy, wheat and corn––are already cut out of the Kaufmann Diet. Eliminating these foods will help to protect you from exposure to glyphosate.