Sometimes I feel a bit like an fish in stream where anglers are constantly throwing bait, trying to get me to bite. (If you notice a bit of contempt in my tone, you would not be mistaken!)

Marketing is ubiquitous in America – you truly can’t walk down a street, open a webpage, newspaper or magazine, or turn on a TV screen without having a company try to sell you something. Marketers try to appeal to any number of your faculties; they’ll make things look pretty, try to associate certain positive ideas with the products they are selling, or try to appeal to your logical faculties by providing scientific data to back up claims about their products.

If you’ve walked down a grocery store aisle, you’ve seen all of these tactics used, but you have probably noticed in the last ten years or so the last aforementioned strategy being used more and more often. Many foods are packaged with scientific claims, often too vague to really claim anything specific. Nevertheless, these foods are marketed as “functional” foods, or foods that serve some sort of health purpose other than just sustenance.

Marketing foods as functional is a bit of an odd idea. After all, all food is functional by nature of the fact that it serves the purpose of keeping you alive. But as Americans have woken up to find themselves obese and prone to any number of serious conditions, companies have staid one step ahead of us and tried to market our own health to us.

Yogurt is a perfect example of this trend, as this article on Slate points out. It is true that yogurt contains probiotics – healthy bacteria that are crucial for a healthy digestive system. Doug has often talked about the benefits of supplementing with probiotics to combat the ill effects of antibiotics, alcohol, mycotoxins or any sort of pathogenic fungi that may have colonized the body. Yogurt is even on Kaufmann 1. Mainstream medicine is even beginning to come around on promoting these microscopic good guys, and some good research has come out and is still going on, all with positive results.

The problem with foods that are often marketed as healthy is this; often times, in addition to the healthy components companies add to make their foods “functional”, these foods are loaded with things that can be called anything but healthy. Sugar, preservatives, chemicals, corn and wheat products (things that anybody on Kaufmann 1 or 2 certainly tries to avoid) often come in tandem with vitamins, minerals and nutrients that you thought were doing your body good. Sure, bread may be fortified with B-Vitamins (which, interestingly enough, are anti-mycotic), but is it worth the B-vitamins to risk the mycotoxin contamination? Or is it worth the risk of feeding potentially pathogenic fungi? Certainly, there are better ways to to get your B-vitamins.

Or take the case of yogurt again – yogurt is arguably a healthy way to get good bacteria into your diet. But many of the companies that market their yogurt as “functional” also mix in a healthy dosage of sugar and/or corn syrup, food coloring and preservatives – three things that you want avoid on Kaufmann 1. Also, as the article linked above points out, yogurt companies often use single strains of bacteria that may or may not be the most effective at promoting gut health. However, the marketing story we are provided paints a very different picture, or rather leaves the picture incomplete.

So what are we to do since we can’t escape the ubiquity of marketers? Being educated is the best thing we can do to be prudent consumers. I have a few rules – I always read labels. If it says sugar, corn syrup or has a list of things I can’t pronounce, I don’t buy it, no matter how many things it is fortified with. Also, usually if something says “fortified with….”, I usually avoid it. I’l reach for foods that I know are nutrient rich, that don’t require fortification. Which brings me to rule three – I rely on my own research instead of the story given by marketers, which is often incomplete. I don’t need bread fortified with B-Vitamins because I know I can get B-vitamins in grass-fed meat. I don’t need sugary sports drinks to get electrolytes – coconut water will do just fine.

Be careful when believing health claims by food companies. It is true that there awesome excellent companies out there that really want to provide healthy food. And there are others that are certainly more interested in bottom lines.

PrevPreviousBreathing Problems in Soldiers – Fungus to Blame?
NextKeep It SimpleNext 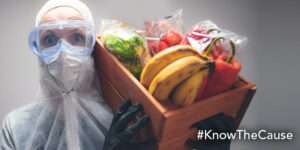 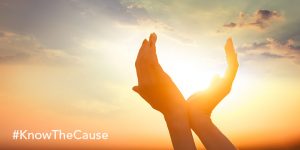 Why You Should Get Some Sunlight