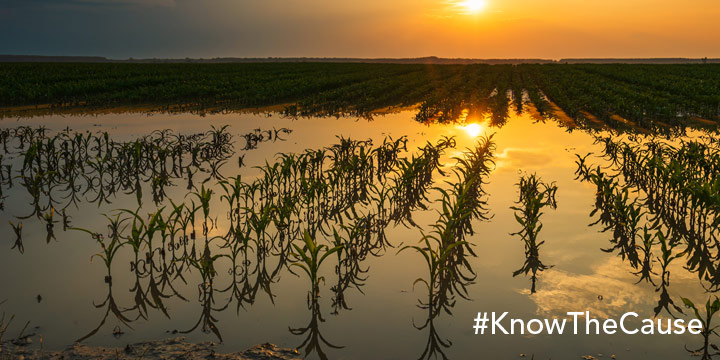 While foodborne mycotoxin exposure is generally greatest in warm climates in poor developing nations, significant foodborne mycotoxin exposure can also occur in colder climates in the developed world.  For example, a recent study recorded food intake and measured urinary mycotoxins among 1,096 Swedish adolescents in the 5th, 8th, and 11thgrades (3).  Many of the urine samples from the 1,096 Swedish youth contained significant levels of mycotoxins.  Detectable levels of ochratoxins were found in 100% of the samples, 99.2% of the samples contained detectable levels of enniatins, and 9.0% contained detectable levels of dexoynivalenol (DON or vommitoxin) and its derivatives (3).  About 2.0% of the urine samples had DON levels which suggested that the TDI=tolerable daily intake was being exceeded (3).  Food questionnaire surveys suggested that 1.6% of the Swedish Youth were consuming levels of deoxynivalenol in food that exceeded the TDI= tolerable daily intake (3).  Most of the deoxynivalenol exposure was from contaminated grain products (3).  High exposure to devoxynivalenol can cause many adverse health effects including reduced food intake, growth retardation in children, and vomiting

Humans exposed to foodborne mycotoxins often show significantly levels of mycotoxins in body fluids. A 2015 review article by Fromme et al reported on a number of studies reporting mycotoxin exposure in residential and work settings, including about 25 studies which measured airborne mycotoxin levels, and about 30 studies which measure dustborne mycotoxin levels (2). This review also reported studies measuring mycotoxin levels in humans exposed to foodborne mycotoxins, including about 25 studies measuring ochratoxin and/or aflatoxin concentrations in human milk, about 25 studies measuring ochratoxin levels in human blood, and about 60 studies reported human urinary levels of ochratoxin, deoxynivalenol (also known Don or vomittoxin), fumonisin B1, or zearalenone (2). Human levels of mycotoxins in breast milk, blood, and urine were generally much higher in nations with hot climates and low incomes as compared to nations with colder climates and higher incomes (2).