Fight Inflammation With These 6 Foods 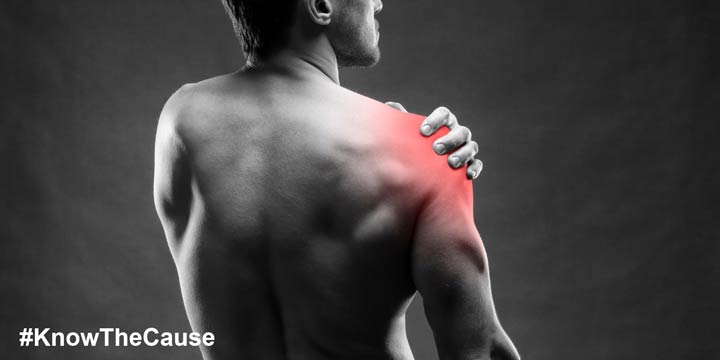 Inflammation has been identified as a key underlying factor in health problems like cancer and cardiovascular disease. Knowing this, combatting inflammation is a critical part of maintaining good health.

Interestingly, fungi (and in particular, yeast) may have a very clear and direct link to inflammation within in the body.

The test used to measure levels inflammation inside the body measures what is called C-Reactive Protein, or CRP. If your levels of CRP are elevated, it is thought that you have high levels of inflammation in the body. Interestingly, it is known that something else can raise levels of CRP––yeast!

If this is the case, it is possible that yeast may be an underlying cause of inflammation, playing a role in diseases like heart disease and cancer. This is the reason the Kaufmann Diet was developed; to mitigate the effects of fungi, yeast, mold and the poisons they make, thus preventing the subsequent diseases those organisms and their poisons may be associated with.

All the foods on the Kaufmann Diet are either anti-fungal or prevent yeast from flourishing throughout the body. To fight yeast, in this instance, likely means you are fighting inflammation as well!

These are some foods known to have anti-inflammatory properties that are also permitted on all Phases of the Kaufmann Diet. Interestingly, these all exhibit some kind of anti-fungal activity.

Berries, particular berries like blueberries, raspberries, and blackberries, are rich in antioxidants, including quercetin, which is thought to fight inflammation in the body. This may be, in part, what has been understood to be part of their anti-cancer mechanism. Berries are also rich in other phytonutrients, vitamins, and minerals.

Fatty Fish are rich in Omega 3 fatty acids, which have been shown to have anti-inflammatory properties, in addition to benefits for the brain and cardiovascular health.

Green Leafy vegetables, like kale, chard, romaine, spinach, etc., are rich in anti-oxidants and flavonoids, both of which have been shown to reduce inflammation levels in the body. Green leafy veggies have the benefit of being chlorophyll-rich foods, which assist in detoxifying the body, as well.

Celery has a number of inflammation-fighting properties; those abilities lend it to lowering blood pressure and cholesterol levels and protecting cardiovascular health.

Like other foods on our list, beets are loaded with anti-oxidants, but they are also rich in potassium, magnesium, and calcium; these three nutrients are useful in fighting inflammation.