Exhausted All The Time? Here’s How To Fix It! 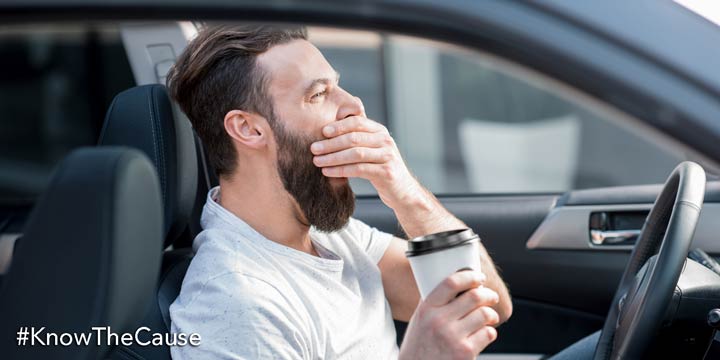 It was about 5 AM, and I was so excited that I just couldn’t sleep anymore. It was my 50th birthday. It was also the day that I was going to attempt something that I had only dreamed of before this date. It was time for my first half-marathon run. Oh, I had jogged 5k and 10k races and enjoyed them, but one half of a marathon, or 13.1 miles, hadn’t been attempted.

It was a newspaper article months earlier that made me want to meet this particular challenge more than ever. The article said that people over 45 shouldn’t challenge themselves too hard, (heart problems, you know…). It said that a 10-mile run would be out of reach for 96% of us.

That was all I needed.

I wasn’t going to shave before the race, but the possibility of meeting a new friend at the starting line without first having a shower made me rethink my “starting line hygiene”.

I had a grapefruit for breakfast, and I ate a green apple on my 30-minute drive to the starting line. I drank a bottle of water before the 8 AM start of the 1999 White Rock Half Marathon Race.

At 10 miles, I couldn’t get the newspaper article out of my mind.

At 12 miles, I knew they were right, and at 13.1 miles, the article really didn’t matter, because I had no mind or memory left!

I’ve always enjoyed getting up early and jogging, but this didn’t feel like a morning jog. This was a race! At the balloon-lined finish line, a 10-year-old boy was right on my heels. I remember being willing to fall face first across that line before letting him pass me.

I proudly walked from that finish line like I had completed a case of beer instead of a race. Nothing worked, including my legs, which felt like spaghetti. I was done… in more ways than one!

The ride home was uneventful, but my legs cramped up a few times. I soaked in a bathtub full of Epsom salts for twenty minutes after arriving home. A few hours later, I was so exhausted, I just had to lie down.

Fatigue, they say, comes in many packages, and while most would say that I deserved a 3-hour nap that day because my fatigue was justified, others scoff at the idea of napping, even after a full marathon! For me, it was exhausting, but for others, it’s simply one of many marathons they will run during the year.

Why is it, I wonder, that millions of Americans barely climb out of bed in the morning before exhaustion sets in? They literally wake up, tired after sleeping 8-9 hours.

A diagnosis of “chronic fatigue” does not fix the problem, but it does label it correctly. Now, the larger question looms; why do you have it? I feel like a broken record every time I write on health problems because I find myself repeating this next sentence over and over: According to researchers, doctors do not know the cause of chronic fatigue…

It is interesting to note that CFS is accompanied up to 70% of the time with another diagnosis called fibromyalgia. Fibromyalgia patients suffer from intermittent and mobile pain. On Monday, their hip is so painful that they can’t get out of bed. By Thursday, that pain might clear, but now neck pain prevents them from wanting to get up. The pain is relentless, and to add to the problem, 70% of them are chronically fatigued.

This is no way to live.

Finding a physician to diagnose and then prescribe medications it is the easy part. Fixing it is the tough part.

Texas’ own Great Plain Laboratory has stated that they have found fungi and fungal metabolites present in abnormally high levels in the urine of patients with fibromyalgia. This is a great jumping off point for us to give you some options that you might consider if and when CFS and fibromyalgia are diagnosed.

(Mind you, please don’t ever allow me to diagnose your health problems – doctors do that. Rather, since fungus may be playing a role in your diagnosis, let me share with you what I would do if I were diagnosed with either CFS and/or fibromyalgia.)

These syndromes take years, perhaps decades to develop. I’m willing to tell the doctor that I want 90 days to try to learn everything I can about why these problems are plaguing me because, in learning, I can experiment on myself.

Some of these experiments may work, some may not, but I’m not willing to endanger myself. I try everything I can within a reasonable time frame. If nothing changes, I will!