Doug emailed me an article entitled Pharmaceutical & Medical Madness & the Colorado Pharmaceutical & Medical Madness & the Colorado Shootings written by Dr. Mark Allen Sircus, Ac, OMD,   DM(P). Dr. Sircus is the director of  International Medical Veritas Association. This article definitely got my attention. Doug has said that he would put a link on his website so that you will be able to read it in full.

I found it very difficult to read the article without feeling very conflicted. I am after all, a physician, so it was hard to be insulted in such a caustic manner. Dr. Sircus slammed the medical profession by comparing doctors to Nazis practicing experimental medicine in the concentration camps. He saves his most vitriolic comments for oncologists, psychiatrists and pediatricians.  He vilifies oncologists for treating patients with chemotherapy with severe side effects and high profit margins. He lambasts pediatricians for giving babies and young children immunizations and psychiatrists for prescribing anti-depressant and anti-psychotic medications.

I have to draw the line on his comments about doctors. Most doctors practice medicine because they truly want to help people. Money is not the motivation. There are easier, less stressful ways to make a living than waking up in the middle of the night and rushing to the hospital. There is so much more to being a doctor than “pushing pills”. The responsibility of having people place their lives in your hands is humbling.

Despite his demonizing of physicians, Dr. Sircus does raise some valid points about medications and Big Pharma. I believe that the overuse of antibiotics has contributed substantially to the epidemic rise in chronic medical illness in our children and grandchildren. Here is some more startling news. Antidepressants are now the third most commonly prescribed drug class in the United States. Sales of antidepressants in the United States surpassed $11 billion in 2010. (2)

You would probably be surprised to know that several patients come into my office on a daily basis asking for a medication for their depression and/or anxiety. Sometimes they just need temporary help going through normal life changes. Other times their lives are often mixture of unhappy marriages, financial stress and bad life choices. Worse cases are the patients with dementia whose families are desperate for a “pill” to help momma sleep through the night. (Yes, it happens a lot.) Does anyone have a recommendation?

This month’s case study is substantially less dramatic. Here is my disclaimer: This case study is for educational purposes only. I am using it to show you how a typical patient presents and the things I consider when I make a diagnosis. The patient’s name has been changed to protect her identity. I practice integrative/alternative medicine and my recommendations for treatment are often considered outside traditional practice. It is not my intent to criticize or denounce traditional medicine. I am merely providing an alternative opinion. Most importantly, the information provided here should not be used as a substitute for an examination and/ or treatment by a licensed health care provider.

Presenting illness: Ms. August is a 46 year old female who presented to the clinic to establish as a new patient. She reports that she has been having a continuous headache, fatigue and frequent urination. For the past two weeks, Ms. August reports that she has had a pain above her left ear that is described as a constant, dull ache. At times the pain can be sharp and pounding.  She has had no associated nausea or vomiting. She has taken over the counter pain medications but nothing helps. Ms. August feels that the pain is interfering with her ability to concentrate.

Past medical history: Ms August reports that she has had depression for the past year.

Past surgical history:  Ms. August reports that she had surgery on her hands to remove her sweat glands in January 2012. She received general anesthesia.

Social history:  Ms. August is married. She works in finance. She does not smoke tobacco or drink alcohol. She and her husband have one son who has just completed his first year of college.

Review of systems: Ms. August reports that she began to have problems with depression about 18 months ago. She noticed that she “did not want to do anything”. Ms. August reports that she becomes emotional and will cry very easily. She reports mood swings. Her ob/gyn doctor started her on fluoxetine at that time. She states that the fluoxetine seemed to “take the edge off of her depression,” but that she thinks that the fluoxetine might not be strong enough.

Ms August states that she is having “scalp issues”. Her scalp is reddened and tender to touch on the top and left side of her head. She reports that she is having hair loss in some of the areas of redness. The problem with her scalp has gotten progressively worse over the past 5 months and she is self-conscious about her appearance. She has seen a dermatologist and underwent a biopsy of her scalp. The biopsy revealed inflammation. She has been treated with topical creams as well as steroid injections into her scalp. A review of possible sources of contact dermatitis was negative.

With regards to frequent urination, Ms. August has not noticed any difference in daytime versus nighttime. She says that she has to go all the time. She does not report any burning or incontinence.

The remainder of her review of systems was negative.

Extremities: Ms. August has a decrease in the temperature of her feet. Her fingernails are thin, flattened with some vertical ridges.

Skin: Examination of her scalp revealed some patches and contiguous areas of bright red/dark pink skin which was prominent on the top of her scalp as well as parietal areas. There were a few areas of alopecia. The reddened  areas of her scalp were tender to touch and appeared slightly swollen.

The remainder of her physical examination was unremarkable.

Laboratory values were not available at the time of this writing.

Discussion:  I chose Ms. August for this month’s case study for one reason. When she was talking to my nurse before I entered the room, Ms. August mentioned that she thought she might need a stronger dose of fluoxetine. The fluoxetine (in her own words) seemed to, “take the edge off of her depression but now does not seem to be working as well.” Has the fluoxetine stopped working? Good question. Let’s start with what I think is going on with Ms. August.

Based on her history and examination, Ms. August has an immune system problem, what traditional medicine calls an autoimmune disease. Her immune system appears to be attacking her scalp. The biopsy of her scalp came back “inflammation” which was not helpful in determining a cause. The treatment regimens prescribed by her dermatologist have been directed at suppressing her immune system through the use of steroids.

I believe that whenever there is an immune system dysfunction, you need to look to the gastrointestinal system. It all starts there. It has been my experience that most patients with autoimmune disease have fungal overgrowth of the gastrointestinal system. A risk factor for fungal overgrowth is antibiotic use. Did I ask Ms. August whether she had been on antibiotics in the past. I didn’t. In this case I forgot. In Ms. August’s case, I was already certain that she had a positive history for antibiotics. She is the right age to be a member of the generation that received antibiotics for every cold, sore throat or earache.

So what is the connection between fungal overgrowth and depression? We know that people with fungal overgrowth of gastrointestinal tract (dysbiosis) do not absorb nutrients and vitamins properly from the foods that they eat. This failure of absorption can lead to malnutrition and relative vitamin deficiencies. Relative vitamin deficiency means that you have enough vitamins to prevent the development of vitamin deficient disease states such as scurvy or beriberi but not enough for your body to be functioning optimally.

There are multiple studies showing that people with depression, anxiety and bipolar disorder often have significant vitamin and mineral deficiencies. Some of these include deficiencies in vitamin D3, magnesium, B vitamins, iodine and omega 3 fatty acids.(1) Replacing these vitamins, minerals and fatty acids can help to correct neurotransmitter imbalances and symptoms of depression.

Ms August also shows signs of low thyroid metabolism. It has been my experience that when there is significant immune dysfunction there is usually impaired thyroid function as well.

With regards to Ms. August’s treatment plan, we have to clean up her GI tract to have a chance at normalizing her immune system function. In this case I recommended that we start with natural products. Ms. August still needed time to absorb all of the information presented to her. A natural approach seemed best.

I recommended that she begin on a daily natural anti-fungal, such as olive leaf extract or grapefruit seed extract. I also recommended daily probiotics. After she has been on these for a few days, she can start adding the vitamins and minerals from the list I have given her. We discussed her probable low thyroid metabolism and we decided to see if this would improve with the addition of selenium and iodine.

Diet is always essential for treatment of fungal disease, as well as the core treatment for any chronic medical condition. She was given a copy of an anti-fungal diet to try.

I did not increase her fluoxetine (serotonin re-uptake inhibitor). We have not discussed the mechanism of action of the anti-depressant drugs. That would take at least another month to explain. In any case, I do not believe that Ms. August’s depression is the result of a serotonin re-uptake inhibitor deficiency. It is most likely that she has multiple vitamin deficiencies which are contributing to a decreased production of serotonin and an imbalance of her natural neurotransmitters.

If you are interested in learning more about the link between fungi and chronic medical disease, I recommend the following books by Doug Kaufmann:

PrevPreviousMust Be Back to School Time!
NextNew Blog on the New Site, Same DietNext 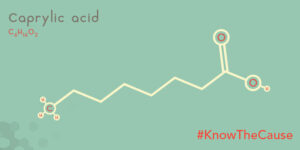