Depression, Supplements & Fungus: What is The Link? 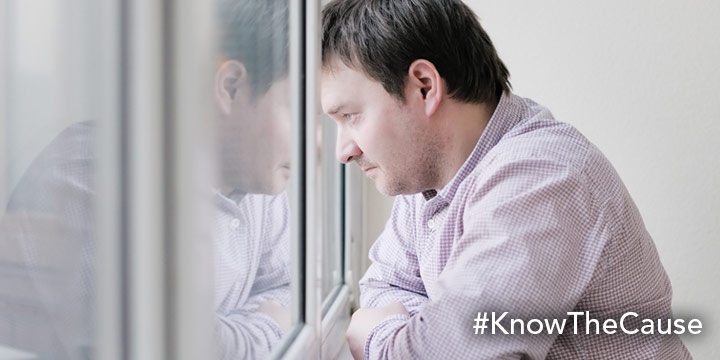 With more people than ever before fighting depression, what can we learn about it’s cause?

Recently, the largest review of studies on supplements and mental health was published in a meta-synthesis of over 33 meta-analyses in World Psychiatry. What they found was promising, as it relates to the the use of supplements to fight depression, at least as far as the use of one supplement is concerned. That supplement is omega 3 fatty acids.

The meta-synthesis found that omega 3s were beneficial for combatting the symptoms of major depression above and beyond what antidepressants alone could accomplish. This is good news for anyone suffering from those types symptoms, but perhaps there is more that can be gleaned from this discovery. We have known for a while that omega 3s were beneficial in a number of ways; they have been shown to have benefits for heart health, skin, and the brain. The fact that what we’ve known for a while now is being repeatedly confirmed is good news, but perhaps only one noteworthy thing about this study.

Doug Kaufmann has contended for many years that depression in a clinical sense may have as much to do with an insidious germ as it does other esoteric and unknown factors. Pathogenic fungus, he contends, can mess with your brain, causing symptoms and possibly even depression. This idea is shocking to some, and it is likely that most doctors will disagree with the idea that fungus has anything to do with mental health. There are a few things worth noting, however, when it comes to fungi and the brain.

First, it is well documented that fungi can infect the brain and cross the blood-brain barrier, although most doctors would contend that this is rare. Secondly, it is well known that a certain fungal metabolite can have a pronounced effect on mood and even affect depression; that metabolite is alcohol. Alcohol is a clear example of a mycotoxin (“myco” meaning derived from yeast or fungus, a toxin because it can kill you in too great of quantities) influencing mental health. These two example do shed some light on the fact that implicating fungus in mental health might not be so far fetched.

Omega 3s, in addition to their legion of other health benefits, are known to be anti-fungal. Perhaps this is among the ways they alleviate some of the symptoms of depression. Regardless, omega 3 supplements might be beneficial for those suffering from depression. Indeed, they might be a supplement we should all be taking. Furthermore, if you are suffering from depression, it may be beneficial to try the anti-fungal program known as The Kaufmann Diet out. Always work with your healthcare provider**, but if there is a chance that fungus may be playing a role in your symptoms, The Kaufmann Diet might provide even more relief than omega 3 supplements alone. Often, 4-6 weeks on the anti-fungal diet is enough to deduce whether fungus might lie at the root of your health problems.

** Depression and mental health are serious issues, and it is never recommended to use this site or the information herein in lieu of your doctor’s advice. Furthermore, always consult your doctor before initiating dietary change, new supplements or an exercise regimen. Never discontinue medications without your doctors consent and supervision.

PrevPreviousWhere And When I Die
NextHow Much Alcohol Is Safe?Next