A Case Against Mammograms 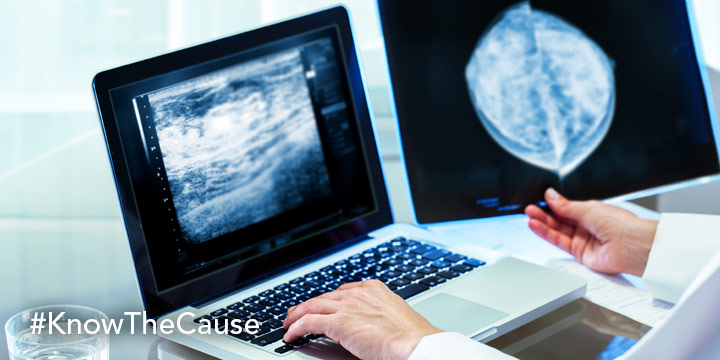 Please do not let this blog dissuade you from your mammograms, but I just had to put these puzzle pieces together for you. I am told that millions of lives have been spared because of early cancer diagnostic tests like the PSA prostate cancer blood test and mammograms. Many of you already know my feelings about the PSA test, so let me share some fascinating facts about mammography with you, because you are likely unfamiliar with them. Put this data together and see if you conclude as I have.

1. Researchers at the Albert Einstein College of Medicine (AEC) have found evidence that certain fungi possess another talent beyond their ability to decompose matter: the capacity to use radioactivity as an energy source for making food and spurring their growth. “Just as the pigment chlorophyll converts sunlight into chemical energy that allows green plants to live and grow, our research suggests that melanin can use a different portion of the electromagnetic spectrum – ionizing radiation – to benefit the fungi containing it,” said co-researcher Ekaterina Dadachova. http://www.scienceagogo.com/news/20070422222547data_trunc_sys.shtml

2. Mammograms use ionizing radiation at a relatively high dose, which can contribute to the mutations that can lead to breast cancer. According to one of the top cancer researchers, Dr. Samuel Epstein “The premenopausal breast is highly sensitive to radiation, each 1 rad exposure increasing breast cancer risk by about 1 percent, with a cumulative 10 percent increased risk for each breast over a decade’s screening.”  https://articles.mercola.com/sites/articles/archive/2012/03/03/experts-say-avoid-mammograms.aspx

3. Sometimes those breast lumps aren’t cancer at all! About 30% of the time, according to one expert, breast lumps spontaneously disappear.

4. In 1995, three “breast cancer” patients had “fine needle aspiration” of their breast lumps. All three were found to have different fungi in their breast lumps. One was never confirmed, but two were started on antifungal drugs and responded favorably. Mammograms see lumps, not what makes those lumps.  These three women did not have breast cancer. Diagnostic Cytopathology, 1995 Feb; 12(1):51-5.

5. Now, if you do have breast cancer, the radiation that your doctor may order is ionizing radiation. I just want you to think about that.

Mammograms firmly compress, then infuse a generous dose of ionizing radiation into the breast tissue. If I am correct that many breast lumps are of fungal origin, all it would take for this fungus lump to become active and invasive, would be a jolt of ionizing radiation-or one mammogram!

Mammograms can’t tell the doctor anything but that a lump exists in the breast.  Then a biopsy is quickly taken and sent to a laboratory that does CANCER testing.  The biopsy will not be tested for fungus because oncologists do not consider fungal mycotoxins to be carcinogenic…but science says some of them are.  Why, if needle biopsies are finding fungus in breast lumps, are we never investigating fungus/mycotoxins in or as the cause of those lumps?

What Does the American Cancer Society (ACS) Say about routine cancer screenings?  “We don’t want people to panic” says Otis Brawley, MD, chief medical officer of the cancer society, “but I’m admitting that American medicine has overpromised when it comes to screening. The advantages of screening have been exaggerated.”

Consider screening all “cancers” for fungus, Dr Brawley, and your doctors will finally offer antifungal therapies instead of the current invasive cancer therapies that cause both cancer and fungus to metastasize.