5 Antifungal Spices You Should Always Use 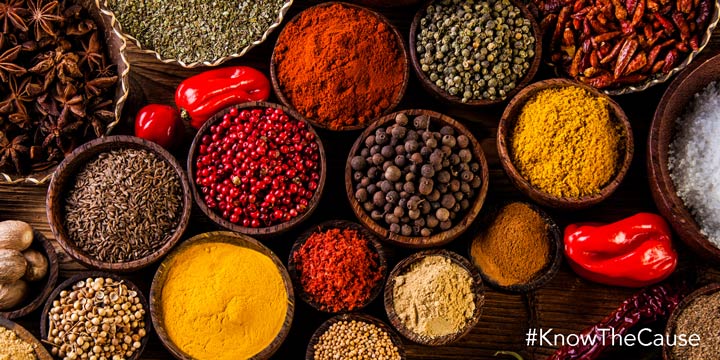 Variety is the spice of life, but so are spices, themselves! Without them, we would have very dull culinary palette.

As far back as ancient times, spices were traded as currency; often times their value exceeding that of gold, pound for pound! Our ancestors went to great lengths to acquire spices, often sailing across oceans or traversing continents to trade for them. They realized their benefit not just as flavoring agents, but as health remedies.

Fortunately, all we have to do is visit our local grocery store or health food store to pick up spices.

Spices are obviously excellent tools to have in the kitchen, but spices can also be potent health-promoting compounds, as well. Spices can perform a variety of functions, from potent antibacterial and anti-fungal uses to controlling blood sugar.

Here are 5 spices you should always use in your cooking or supplementally for the most potent effects.

Many people think of cinnamon as a flavoring for sweet treats, but its use extends far beyond that. Cinnamon is useful for helping control blood sugar levels, making it important for those with and at risk for developing diabetes.

Cinnamon is also a potent, anti-fungal; in some studies, cinnamon performed better at killing yeast than certain prescription medicines. This makes cinnamon a powerful tool for any phase of your Kaufmann Diet.

Outside of being a delicious flavor in foods, clove oil can be anti-septic and act as a numbing agent, which is why some dentists employ its use. It is thought to protect against cancers, particularly oral cancers and has a number of uses both internally and topically.

Clove is a powerful, anti-fungal agent. Similar to cinnamon, clove kills yeast and works excellently internally and topically to that end.

A primary flavor of Indian food and other culinary traditions, turmeric has been touted for its powerful anti-inflammatory properties. Inflammation has been linked to a variety of diseases, from heart disease to cancer, and mitigating inflammation is thought to play a role in the prevention of those diseases.

Oregano oil is among the more potent, natural antifungals available; but in addition being an excellent yeast-killer, oregano oil is beneficial for upper-respiratory problems, acts as an anti-inflammatory and has anti-bacterial properties.

Ginger is great for those who suffer from stomach problems, but ginger also protects heart health and may provide anti-cancer benefits. Compounds in ginger are also excellent for fighting yeast.

PrevPreviousWhy Can’t I Get To Sleep?
NextDiabetes Patients Not Listening to Their Doctors!Next