The Problems With Corn – Pt 2 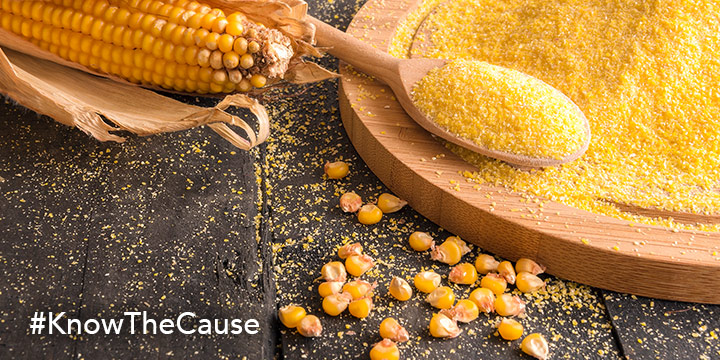 Corn is one of the first foods to go on The Kaufmann Diet. This probably comes as a surprise to most people; why would a diet eliminate a harmless vegetable like corn? What could possibly be wrong with corn?

Corn is actually a grain, not a vegetable. This makes corn more similar to wheat than vegetables like broccoli or kale. While corn does have some inherent nutrition, it is not necessarily on the same level as actual vegetables. In other words, your doctor or nutritionist is not going to recommend that you eat more corn, but they may tell you to eat more foods like greens.

But, corn has an even more insidious secret than being a vegetable in disguise.

As it turns out, corn seems to be a favorite food for an organism other than humans: Fungi. Fungi and molds infest corn easily and regularly, particularly if that corn is stored in a silo after harvest, which frequently happens. The problem though is not just the fungi, itself, but what fungi leaves behind. Under certain conditions, as part of their regular lifecycle, fungi secrete poisons called mycotoxins.

Mycotoxins are dangerous poisons that are well-documented in the medical literature as being dangerous for humans and animals alike. Once they contaminate certain foods, there is no cooking or boiling or rinsing them off. Unfortunately, corn is documented as being contaminated with these mold poisions, almost always.

Some mycotoxins are regulated by government agencies, such as aflatoxin––one of the most carcinogenic substances on earth––but many are not. That said, even with purported “acceptable levels” of these mycotoxins, if you are consuming corn on a regular basis, there is a good chance you are getting a steady dose of these mold poisons.

Most people are probably thinking, I don’t eat corn on the cob for dinner on a regular basis, corn is not a big part of my diet. What’s the big deal?

One of the biggest problems with corn is that it is used in everything. Corn starch, corn meal, corn syrup––even certain vitamins that fortify foods or are added to supplements use corn extracts. Corn is in an alarming number of the processed foods that people eat on an every day basis. This is not to mention foods like corn chips or corn tortillas (if you like Mexican food!). The more you read labels, the more likely it will be that you will see ingredients made with corn in everything from salad dressings, to snack foods, to frozen dinners and in a myriad of other processed foods consumed on a regular basis.

This is among the reasons why when you begin The Kaufmann Diet, you are encouraged to avoid most processed foods––most people simply do not realize what ingredients are used to make these foods, and in the case of corn, what poisons may be subsequently hitching a ride.

PrevPreviousVitamins & Minerals: Am I Nutrient Deficient?
NextDo I Need A Multivitamin?Next