The Benefits of Ginger 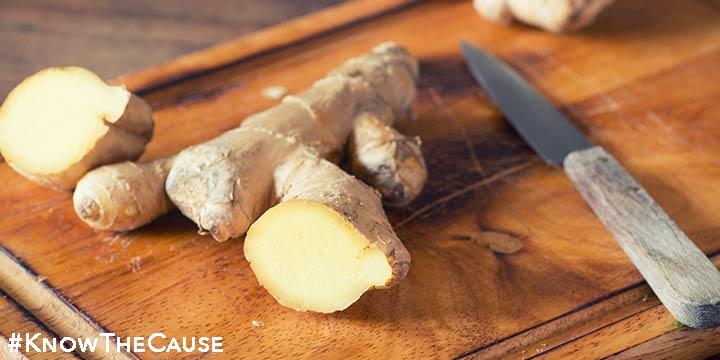 This important herb has anti-fungal benefits, among many others.

Ginger has been used both as a flavoring agent and as a spice for millennia, but its use is not relegated to antiquity; even today, ginger is considered a powerful spice with many health benefits.

One of the easiest ways to incorporate ginger is simply by purchasing the raw root from the grocery store and adding it into a variety of dishes or adding it to fresh juice. This is by far and away likely the most cost-effective way to use ginger, plus you will have the added benefit of the raw plant.

One of the reasons ginger is so great for those on the Kaufmann Diet is because it is potently anti-fungal. Multiple studies have been conducted on the anti-fungal properties of ginger; some have revealed that ginger extracts are as effective as prescription antifungals, like Nystatin! This puts ginger in the same category as other herbs and spices, such as cinnamon and cloves. The anti-fungal properties are thought to be due to a couple of specific compounds inherent in ginger, specifically shagelol and gingerol.

It is fascinating to think that ginger and many of these other safe, natural herb and spices are as effective as prescription medicines, yet the risk of side effects is dramatically lower. While prescription antifungals certainly have their place (along with prescription medicine, in general), ginger is a prime example of how we can often find remedies in nature that are safe and effective for a variety of maladies.

The benefits of ginger are not relegated to its anti-fungal properties, however.

Ginger is a great remedy for nausea.

Ginger is known to settle upset stomachs and relieve nausea. In some studies, it has performed as well as anti-nausea medications, even in cases of chemotherapy-induced nausea, morning sickness, or seasickness.

Ginger is a strong anti-inflammatory.

Inflammation has been linked to virtually every disease, from cancer to diabetes, to heart disease. Logically, any substances that work to limit inflammation likely has some benefit against these diseases. Ginger has been shown to possess potent, anti-inflammatory properties, and as such, likely possesses benefits against such diseases.

Ginger might assist in activating T-cells, which are important immune system cells.

Ginger has benefits for the heart.

Ginger has been shown to improve cholesterols levels and other risk factors for developing heart disease.

Ginger has benefits as a pain reliever.

As an anti-inflammatory, ginger has shown benefit against arthritis pain and menstrual pain, often performing as well as over the counter pain relievers.

Ginger is not just effective against fungal infections, other studies have shown that it might have anti-bacterial and anti-viral properties.