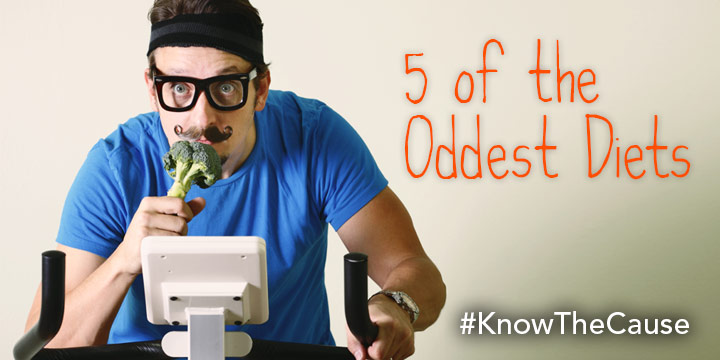 The Kaufmann Diet might seem a bit odd to some, not necessarily because of what is included and excluded on the diet, itself, but because of its goal. The goal of the Kaufmann Diet is to starve any existing pathogenic yeasts and fungi in the body along with preventing exposure to mold poisons––known as mycotoxins––that commonly contaminate certain parts of our food system, such as grains, peanuts, soy, sugar and corn.

Despite the fact that this is not commonly known, fungi and their poisons can wreak havoc on human health, and it can be difficult to discern when they lay at the root of your health problems. This is the reason the Kaufmann Diet was developed; in part, it is a test to see if an anti-fungal diet and regimen can address some of your health problems.

Fortunately, The Kaufmann Diet is very healthy independently of its goals, and (relatively speaking) it is not extremely restrictive, unlike many diets. You are encouraged to eat as much food as you need to feel satisfied so long as the food you eat is on the diet. And, it is perfectly healthy to live on the Kaufmann One or Two Diet indefinitely. (It is important however to talk to your doctor about any dietary changes you intend on making.)

But, in honor of the New Year and everyone trying to decide which fad diet to take part in, it might be entertaining to go over some of the oddest diets people have invented for any number of health reasons––most of which to lose weight. All of these are likely dangerous and patently unhealthy.

This diet involves dipping 5 cotton balls in orange juice or a smoothie… and eating them as a meal to feel full. Needless to say, this is a terrible idea and can actually be very dangerous.

Tape worms are parasites that will grow to great lengths if they wind up in your intestines. You will lose considerable weight as the tape worm consumes the food that you ate while living in your intestines, but you can also die from a tapeworm, so… it remains a bad idea.

We’re all about grapefruits on the Kaufmann One Diet… but eating them exclusively for 12 days on end is not the recommended way to enjoy them. This “diet” was invented in the 1930s but people still are giving it a go. Needless to say, when you restrict your body to one food, you are forgoing much of the spectrum of nutrients your body requires for optimal health.

There are people that think they are, in fact, plants. Breatharian dieters claim to live on air, water and sunlight… like a houseplant. This diet is dangerous even if it is silly, and entirely inadvisable.  The oddest diet of all.