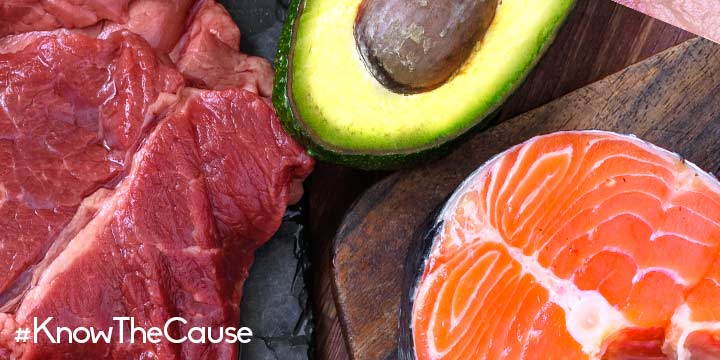 Paleo is easy to do on Kaufmann 1

The Paleo diet seeks to recreate a diet that our ancestors would have eaten. The philosophy behind the paleo diet is that our ancestors would have necessarily eaten a diet that was the human body was optimally evolved to consume because that was all that was available to them. If we imitate that diet, ostensibly we will be giving our bodies the fuel they are most optimally evolved to run on, and as a result, our health will improve.

The paleo diet has gained a huge following over the last few years, and many people claim many serious health benefits as a result of “going paleo”.

The paleo diet and The Kaufmann Diet, however, are not dissimilar. Both diets eliminate grains and anything made with grains, such as bread, pasta, crackers, etc. Both diets encourage large amounts of vegetables, healthy fats, and lean animal protein. Both encourage the removal of processed foods.

There are some certain dissimilarities, however, that are worth noting.

The paleo diet is not necessarily concerned with yeast, fungi or any of its poisonous byproducts. Because of this, there are some foods not eliminated by a paleo diet that likely should be; these include mushrooms and pistachios.

Ultimately, it is very easy to “go paleo” and be on the Kaufmann Diet. Ultimately, you will still be giving your body the nutrition it needs and starving fungi and/or pathogenic yeats in the process. Here is a simple shopping list that looks very similar to what a purely Kaufmann 1 Shopping list would look like.

PrevPreviousThe Kaufmann Diet and Fruit: What To Avoid, What To Include
NextDoes Grass-Fed/Grass-Finished meat cause health problems?Next